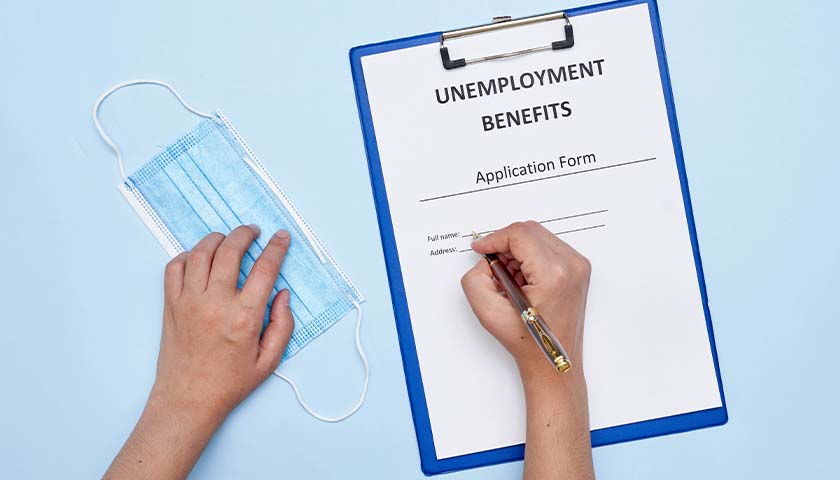 Emails show that in May 2020, the federal government warned Michigan’s Unemployment Insurance (UIA) about its lax jobless aid qualification questions. Despite a second warning as early as Jan. 6, 2021, the UIA still didn’t fix its mistakes.

“We have learned that at least a few states have seriously cut corners in their implementation of PUA to the extent that they are not meeting the statutory criteria to determine basic eligibility,” wrote Dustin Adams, the division chief for the U.S. Department of Labor’s Employment and Training Administration’s Region 5, the Detroit News first reported.

Adams warned then-Michigan Unemployment Insurance Agency Director Steve Gray and others that the Office of Inspector General had “significant interest” in PUA implementation. He requested states inform the federal government about their PUA implementation plans so it could correct any problems “before they become larger issues.”

“Hopefully, reduce the risk of unwanted attention being drawn to your state’s programs now or later,” Adams wrote.

But Michigan charged ahead anyway with unapproved criteria that required hundreds of thousands of Michiganders to recertify, many of whom received PUA that targeted self-employed, part-time or gig workers.

On Nov. 5, 2020, Gray resigned and took with him a then-secret $85,872 severance deal and a confidentiality agreement amid months of record jobless claims.

Gray left, but UIA problems persist nearly a year later. The saga of screwups has frustrated lawmakers on both sides of the aisle whose assistants, for much of the pandemic, have helped Michiganders deal with the embattled UIA. In September, a draft House bill package announced aims to reform the struggling agency.

The UIA can’t estimate how much fraud it’s paid out, nor has it answered how may Michiganders it has asked to pay back the agency for overcompensation. Since March 15, 2020, the state has disbursed $39 billion to 3.41 million people.

Interest on overpayments is 1 percent per month, accruing daily until the total amount is paid, the UIA handbook says. If Michiganders don’t repay, the UIA can obtain that money through wage garnishment, seized tax refunds, lottery winnings over $1,000, or it can ban that person from receiving future benefits and refer the person for a felony charge.

Scott McClallen is a staff writer covering Michigan and Minnesota for The Center Square. A graduate of Hillsdale College, his work has appeared on Forbes.com and FEE.org. Previously, he worked as a financial analyst at Pepsi.
Photo “A Person Lost Job Because of COVID-19 and Applying for Unemployment Benefits” by Marco Verch Professional Photographers. CC BY 2.0.