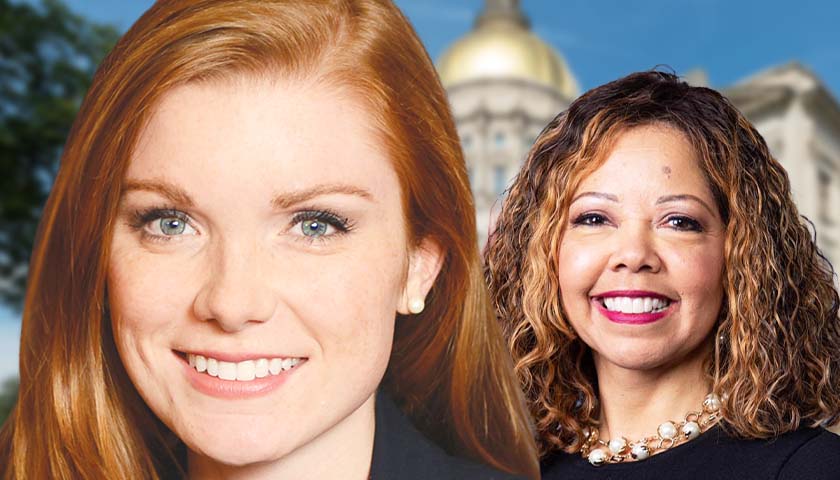 Meagan Hanson, a Republican running in a competitive race to unseat incumbent Georgia U.S. Representative Lucy McBath (D-GA-06), this week reported she’s raised more than $300,000 in the first quarter of her bid for Congress.

This, according to an emailed press release from Hanson’s campaign.

Hanson’s haul, which does not include any personal loans, is anchored by more than 1,000 individual donors – including more than 500 small dollar donors who contributed $25 or less, the press release said.

“I’m immensely grateful for the tremendous outpouring of support that our campaign has seen over the last three months – and I’m especially proud that our effort is bolstered by small-dollar donations from families across Georgia’s Sixth District,” Hanson said in the press release.

“With so much support, it’s clear that Georgia’s families aren’t interested in an untested newcomer or another establishment Republican – and they’re certainly not looking to elect a radical liberal. Our campaign to take back the House with strong, conservative values is resonating – and there’s no question that we’ve got the momentum heading into 2022.”

Hanson said earlier this month that McBath is snubbing questions about the new federal spending bill.

“In a desperate attempt to avoid answering for her radical agenda, Congresswoman Lucy McBath spent the weekend dodging questions about her support for Nancy Pelosi’s trillion-dollar spending package,” Hanson said in an emailed press release.

“While every other Georgia Democrat proudly asserted their approval of the boondoggle, which is the largest in U.S. history, Lucy repeatedly declined to go on the record about her planned vote for the legislation, which will both fund a grab bag of socialist policies and increase taxes on Georgia families.”

According to Ballotpedia, Hanson represented District 80 in the Georgia House of Representatives from 2017 to 2019. She served on the judiciary, special rules, and transportation committees. She lost the 2018 general election to State Representative Matthew Wilson (D-Brookhaven). Wilson received 52 percent of the vote while Hanson received 47 percent.

Hanson lives in Sandy Springs with her husband David and two children.

In 2017, Republican Karen Handel narrowly defeated Democrat Jon Ossoff. In 2018, McBath edged out a victory of Handel to flip the seat to Democratic control. McBath once again defeated Handel in 2020.