NASHVILLE — A packed crowd turned out Tuesday night for The Daily Wire’s‘ Backstage Live’ event at the Ryman Auditorium. 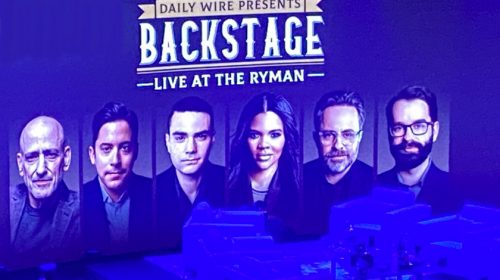 Event organizers said in an emailed press release that tickets for Tuesday’s event sold out within 24 hours of going on sale last month.

Klavan discussed how the COVID-19 mask mandates remain in effect in various other parts of the United States.

“People in New York are still terrified. They check your vaccination card in restaurants,” Klavan said.

“I landed here in Nashville, and when I walked out I said to myself ‘Thank God I am in the free state of Tennessee.’”

Walsh, referring to public schools, especially the ones in Loudon County, Virginia, warned that public school administrators “don’t care about educating your kids.” 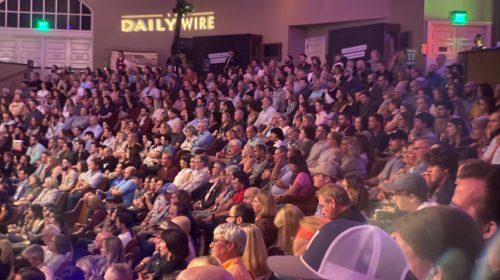 “They only care about indoctrinating your kids,” Walsh said to loud applause.

Walsh went on to say that the public school system “is irrevocably broken” and left-wing.

“We must take control of our kids’ education,” Walsh said.

Breitbart.com described CRT as “a Marxist ideology that embraces the concept that all American institutions are systemically racist, with whites as oppressors and blacks as victims.”

The mayors of Nashville, Memphis, Chattanooga, and Knoxville declined to say last month whether they support public schools teaching CRT.

This, even though those four mayors — Jim Cooper, Jim Strickland, Tim Kelly, and Indya Kincannon — belong to the United States Conference of Mayors, which recently adopted a resolution supporting CRT in K-12 public schools.