Pro-Trump Cheney Opponent Speaks Out Against Mask Tyranny in Schools 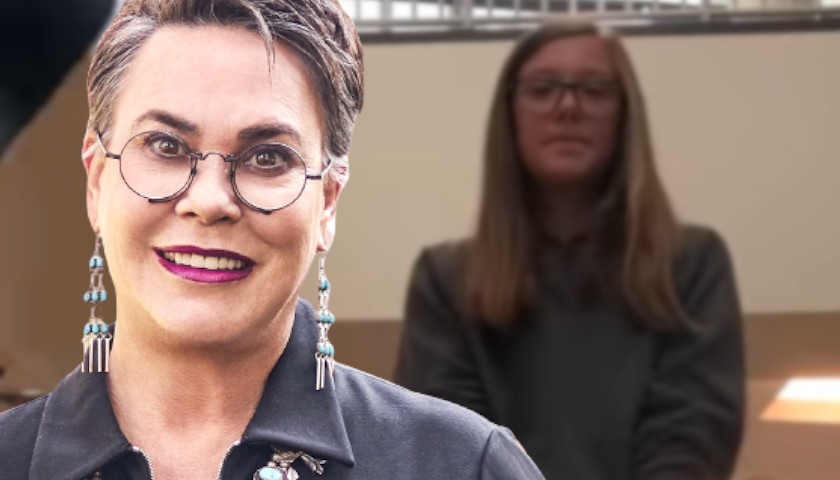 After a battle over masks at Laramie High School in Wyoming ended with a 16-year-old student being arrested for trespassing at her own school, Harriet Hageman, a pro-Trump challenger to Rep. Liz Cheney (R-WY-01) issued a statement condemning mask mandates in schools.

Grace Smith was first suspended for two days from Laramie High School for refusing to wear a mask. After serving her suspension, she returned to school, again maskless. She then politely refused to leave school grounds, and was arrested by officers from the Laramie Police Department. The arrest even triggered a brief lockdown at the school.

Hageman condemned the actions of the school district in a Monday press release.

The Albany County School District imposed a mask mandate, despite little scientific evidence supporting such an order in schools, and a straight-A student decided to fight the tyranny. She took a courageous stand, knowing that she would be singled out and subjected to ridicule and peer pressure. When she was suspended, she still wanted to have access to the education to which she is entitled. For the police to arrest her for trespassing, when she was only attempting to avail herself of the education Wyoming is required to provide her, is the epitome of overreaction and indicates a slide into authoritarianism.

She also linked the strict crackdown on the teen to the recent decree by Attorney General Merrick Garland, which calls on the Federal Bureau of Investigation (FBI) to look into parents who have been protesting at school board meetings nationwide against mask mandates and Critical Race Theory (CRT).

“This reminds me very much of what U.S. Attorney General Merrick Garland is up to, after he ordered the FBI and federal prosecutors to help investigate parents who object to school policies around the country,” Hageman said in the release. “We’ve all seen parents trying to address local school boards, upset about Covid restrictions, Critical Race Theory, or sexually explicit books placed in libraries in the name of inclusion. Rather than consider parents’ point of view, the Biden administration’s response is to bring the weight of the FBI down on parents and try to stamp out any dissenting voices.”

She promised that she will fight what she described as “outrageous government overreach” if elected to Congress.