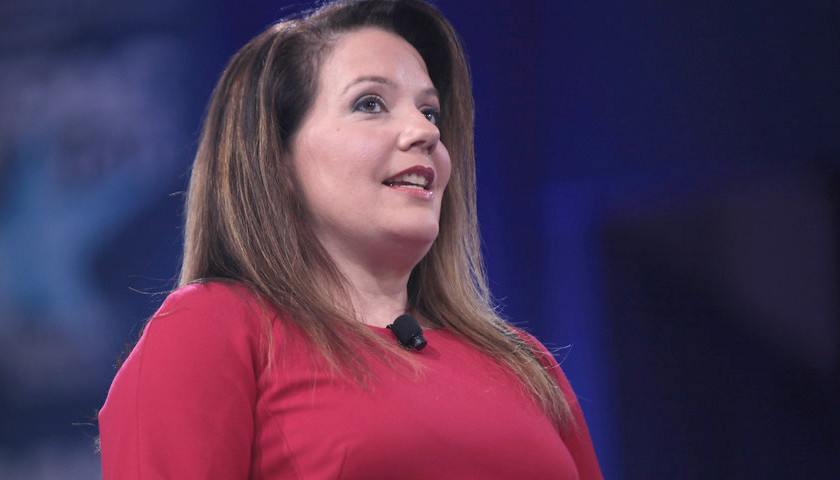 Mollie Hemingway’s new book, Rigged, tells the story of Wisconsin election officials and their use of the COVID pandemic to manipulate the 2020 election results. Hemingway draws from many special elections held over the course of COVID, explaining that Democrats learned that their voters were much more likely to vote by mail than Republicans.

Hemingway, the senior editor at the Federalist and a Fox News contributor, wrote her book Rigged because of the question plaguing many Americans’ minds.

She said she believes that “Democratic operatives, exploiting a public health crisis, shamelessly manipulated the voting process itself. Silenced and subjected, the American people lost their faith in the system.”

According to Hemingway’s book description, “Rigged is the definitive account of the 2020 election. Based on Mollie Hemingway’s exclusive interviews with campaign officials, reporters, Supreme Court justices, and President Trump himself, it exposes the fraud and cynicism behind the Democrats’ historic power-grab.”

In an exclusive part of her book, Hemingway highlights how Democrats targeted Wisconsin, using the COVID pandemic as a tool to manipulate the 2020 election. Hemingway wrote that Wisconsin Governor Tony Evers (D) solution to COVID voting was to expand the mail-in voting system.

According to the book, “The New York Times applied pressure by publishing a story claiming that scared voters would be disenfranchised unless the election were delayed. Governor Evers quickly called a special legislative session to get the legislature to delay the election, but they closed the session immediately without taking action.”

The efforts of the Democrats to delay Wisconsin’s April 7 general election failed, Hemingway wrote. She said they then tried to instill fear of going to the polls, by calling them “super spreader events.”

Hemingway wrote, “Democrats and the media began claiming that the Wisconsin election would be a ‘super spreader’ of the virus. ‘[W]ith voters’ very lives at stake,’ the New York Times wrote, ‘the legitimacy of the election’ would be in question. ‘They will kill people to stay in power, literally,’ said Democratic strategist James Carville on election night. In the end, there was no spike of cases from voting, despite hundreds of thousands of people showing up to the polls.”

After the primaries in Wisconsin, Hemingway wrote that the New York Times reported that, “Wisconsin Democrats are working to export their template for success—intense digital outreach and a well-coordinated vote-by-mail operation—to other states in the hope that it will improve the party’s chances in local and statewide elections and in the quest to unseat President Trump in November.”

“For example, one United States Postal Service official reported that workers had found ‘three tubs’ of absentee ballots for an area covering Appleton and Oshkosh, totaling some 1,600 ballots. None were ever counted,” Hemingway’s book says.

The book goes on to state, “In Milwaukee, nearly 2,700 ballots were never sent to voters because of a production problem. Only 52.5 percent of the affected voters ended up voting, either with a replacement absentee ballot or at the polls. And hundreds of absentee ballots a day that were supposed to be mailed to Fox Point residents failed to make it to their destinations.”

Hemingway said the state’s mishandling of the April election had implications for how they handled the presidential election.

She wrote, “As of 2019, Wisconsin voter rolls included more than 234,000 names of people who had moved either out of state or to a new address in Wisconsin. By law, a notice was supposed to be sent to those names and addresses and, if they didn’t reply, they were supposed to be flagged by election officials as ineligible. The notice was sent, but the voters who failed to reply weren’t removed from the rolls.”

Hemingway wrote that The Wisconsin Institute for Law and Liberty sued the Wisconsin Elections Board over the error and it was ordered to remove the outdated names from the voter rolls, however, the board was fined for a failure to comply with the judge’s orders.

Calling that requirement the “one election protection Wisconsin maintained,” Hemingway explained the state also had a loophole for the identification requirements.

She wrote, “Wisconsin law had an exception to ID requirements for those who say they are ‘indefinitely’ confined because of age, illness, infirmity, or disability. The highly partisan clerks of Wisconsin’s two biggest and most Democratic counties told their residents to claim that they were ‘indefinitely confined’ even if they weren’t.”

Hemingway said that over a quarter of a million people voted in Wisconsin in the 2020 election without any sort of identification check whatsoever.

She wrote, “About 195,000 of the nearly 1 million people who voted by mail in April claimed they were indefinitely confined, according to the Wisconsin Elections Commission. An additional 50,000 ‘indefinitely confined’ claims were made prior to the November election. That meant that up to a quarter of a million votes were cast in Wisconsin’s presidential election without any identification check at all.”

“Fraudulently voting by mail by assuming the identity of any of the 234,000 phantom voters still on the state’s rolls could not possibly have been easier,” Dan O’Donnell, an individual who assisted the Wisconsin think tank the MacIver Institute in investigating the 2020 election, said.

Hayley Tschetter is a reporter with The Minnesota Sun and The Wisconsin Daily Star | Star News Network. Follow Hayley on Twitter or like her Facebook page. Send news tips to hayley@volente.biz.
Photo “Mollie Hemingway” by Gage Skidmore. CC BY-SA 2.0.