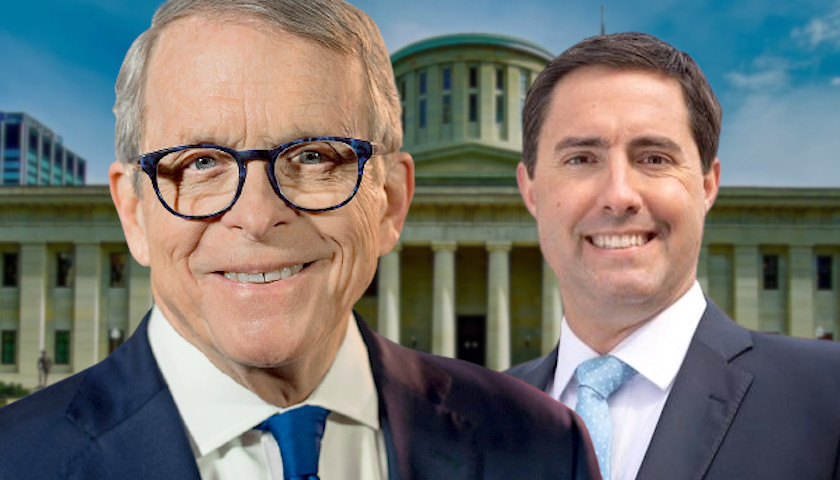 According to a report in Breitbart News, sources familiar with Ohio’s Republican Gov. Mike DeWine plans for the state’s redistricting battle include DeWine supporting a map that would help Democrats gain U.S. House seats in 2022.

“Two senior Republican officials briefed on the proposal before its expected introduction next week told Breitbart News that DeWine, Faber, and LaRose are considering drawing a number of pro-Trump Republicans into Democrat-leaning districts as part of retaliation against former President Donald Trump, who the three establishment GOP leaders dislike,” Breitbart said in its report.

According to the report, the new map would jeopardize at least four Republican seats, including that of Rep. Jim Jordan (R-OH-04), who is known for his pro-Trump leanings.

“The map DeWine is planning to introduce would also pit Reps. Mike Turner (R-OH) and Warren Davidson (R-OH) against each other, drawing both of them into a Dayton-based district,” Breitbart said. “This is because Ohio lost a congressional district in reapportionment after the 2020 U.S. Census. But instead of eliminating a Democrat-held district, the DeWine team is, per this Republican familiar with the map, planning to pit two Republicans against each other.”

The map would make it much more difficult for Republicans to retake the U.S. House in 2022. Currently, they need a net flip of only five seats to regain the majority. But that number could increase as states like Ohio redistrict.

Spokesmen for LaRose and DeWine reportedly denied the Breitbart report after it was published.

DeWine has never been known for supporting Trump.

He chastised the former president after Trump caught COVID-19, saying it was a “cautionary tale” for why mask-wearing is important. He also imposed some of the strictest COVID-19 regulations or any Republican governor.

Pete D’Abrosca is a contributor at The Ohio Star and The Star News Network. Follow Pete on Twitter. Email tips to dabroscareports@gmail.com.
Photo “Frank LaRose” by Frank LaRose.