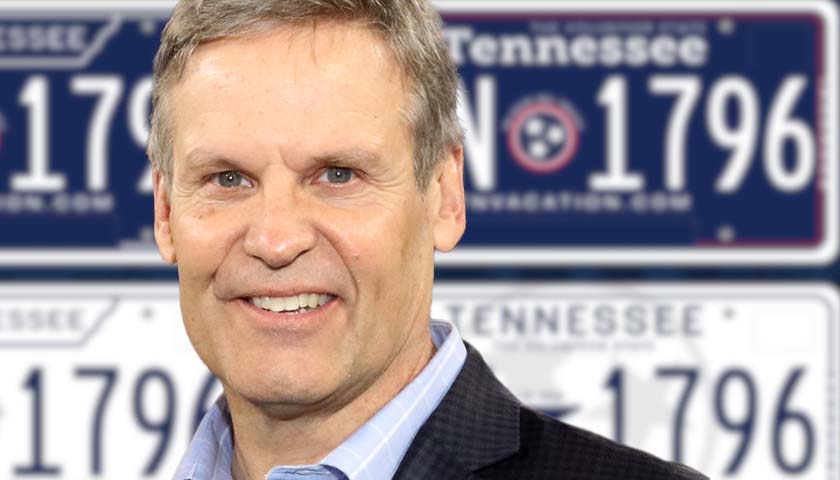 Tennessee Governor Bill Lee unveiled the state’s next standard license plate design Tuesday chosen by Tennesseans through optional statewide participation. The new plate sports a navy blue background with white letters and numbers. In its center is the state’s iconic Tri-Star emblem with the words “The Volunteer State” in the top left corner.

According to the Governor’s Office, more than 300,000 Tennessee residents weighed in on the decision with 42% voting for the winning design.

“In our 225th year of statehood, we invited Tennesseans to cast their vote and help select the state’s next license plate,” Governor Lee said in a statement. “I’m proud to announce the winning design that will represent our unique grand divisions and take its place in Tennessee history.”

More than 300,000 Tennesseans made their voices heard, & the results for TN's new license plate are in! pic.twitter.com/tZbgKBa4IA

The new plates will be available online and in-person beginning January 3, 2022 as residents complete their annual tag renewal. Up to 100,000 plates per week will be produced to meet initial inventory demands.

The Tennessee statute requires the display of “Tennessee,” “Volunteer State” and “TNvacation.com” on the license plate, as well as county name and expiration year decal locations. Statute provides that Tennesseans may select an “In God We Trust” plate option.

Per Tennessee statute, the plate is redesigned every eight years if funds are approved in the General Assembly’s annual budget.

Kaitlin Housler is a reporter at The Tennessee Star and The Star News Network. Email tips to kaitlinhousler.reports@gmail.com
Photo “Bill Lee” by Maryland GovPics. CC BY 2.0. Photo “Tennessee License Plates” by tn.gov.