Emerson College Poll Has Youngkin Down One Percent Against McAuliffe 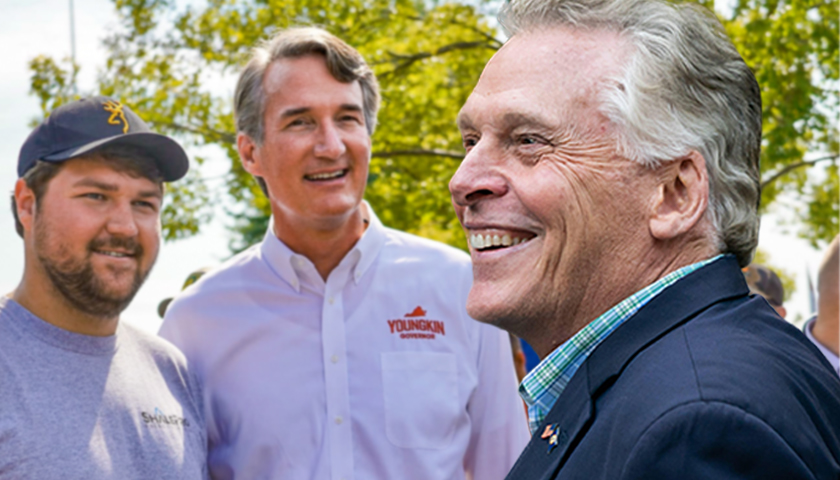 “The new poll by Emerson demonstrates clearly that all the momentum is on Glenn Youngkin’s side and he is poised to win this race in Virginia on November 2,” said John Fredricks, The Virginia Star’s publisher and radio talk show host.

Fredericks served as the 2016 and 2019 Trump Virginia chairman.

Although Youngkin has pivoted to appeal to moderates, he hasn’t alienated the Trump base, leaving Youngkin’s coalition intact. Republicans are testing post-Trump messaging in the Virginia races to prepare to target vulnerable House of Representatives Democrats in 2022.

CNalysis Director Chaz Nuttycombe said that the Emerson poll is an outlier, and he still rates the race Lean Democratic — if Youngkin does win, it will be by a thin margin.

“I don’t see [Emerson College’s] polls as high quality as something compared to, like say, Fox News, for example,” he said.

Nuttycombe said overall, current polling matches his understanding of the environment. Real Clear Politics currently has McAuliffe ahead by 4.3 points in a polling average.

Fredericks said that the Emerson poll is supported by low early voting turnout in Democratic strongholds.

“This does not bode well for Terry McAuliffe. There’s a huge enthusiasm gap. Joe Biden, as Terry McAuliffe admitted, is highly unpopular, and the polling now is showing that the challenger, if that’s what he is, the underdog, is closing the gap, he’s got all the momentum, and he’s going to win this race,” he said.

“I currently am holding to my prediction that Herring is going to have the biggest margin of victory among Democrats,” Nuttycombe said. “Big thing again, yes, is incumbency. He’s running for a third term.”