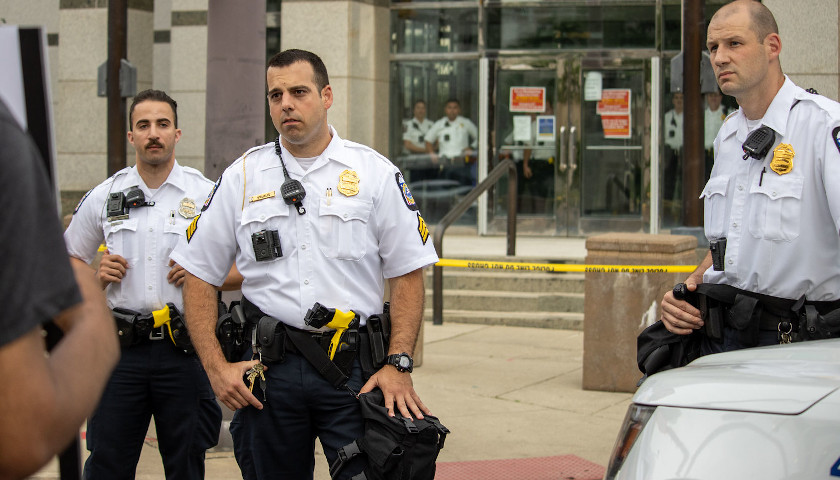 The funds, totaling $4 million, will be dispensed to law enforcement agencies with the goal of reducing a concerning increase in violent crime throughout the state.

“Local law enforcement officers are already out there doing everything they can to protect the public, and these grants will help them do even more,” said DeWine. “Public safety strategies are constantly evolving, and these funds will help ensure that local agencies have the tools they need to protect our neighborhoods and hold violent offenders accountable.”

If awarded the funds, local law enforcement agencies can spend the money on establishing or expanding “proven or promising violent crime reduction initiatives.”

According to new data, violent crime has surged in the state. The Ohio Domestic Violence Network (ODVN) found that, over the course of the year, domestic violence has contributed to 131 deaths across Ohio, a 20 percent increase from last year.

“We won’t have research back for awhile, but we know historically after every environmental disaster, after every economic downturn or hardship, domestic violence against women rises. Also, we’ve had all of those things. We’ve had people out of work. We’ve had people at home losing their jobs. Addiction has been up. All of those things are lethality factors for domestic violence,” ODVN Policy Director Micaela Deming said.

In Columbus, the number of homicides have nearly doubled and felony assaults have increased by approximately 200 incidents, according to WBNS.

The added security actions will provide $20 million over the next 10 years to improve safety for students on and around the university’s campus, following a spike in violent crime near the campus.

Cooper Moran is a reporter for The Star News Network. Follow Cooper on Twitter. Email tips to cooperreports@gmail.com.
Photo “Columbus Police Officers” by Becker1999. CC BY 2.0.