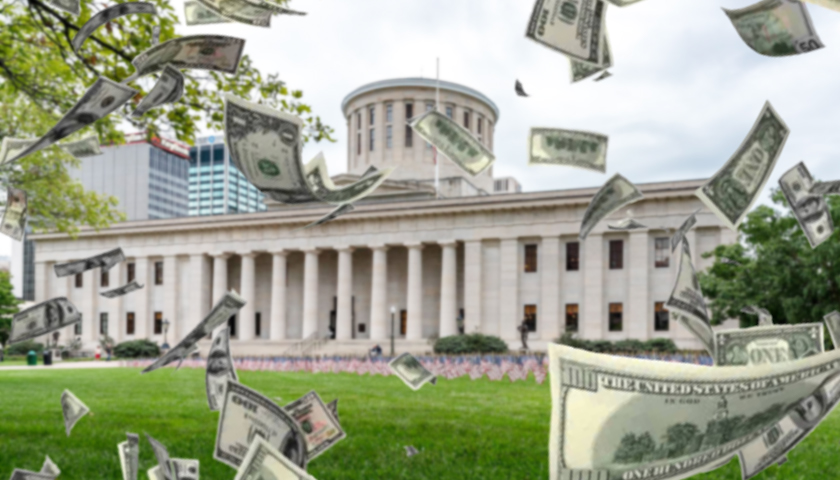 Ohio again found itself receiving a near-failing grade in an annual report by Truth in Accounting that reviews financial information for all 50 states.

The 2021 Financial State of the States report, released earlier this week, showed the state finished the 2020 fiscal year needing $20.7 billion to cover all of its obligations. That represented a taxpayer burden of $5,400, a representation of what the state owes per taxpayer.

According to the report’s grading scale, any state with a burden between $5,000 and $20,000 per taxpayer received a grade of D.

It’s the third consecutive year the Buckeye State received a D grade, but the taxpayer obligation has fallen from $7,700 three years ago.

Thirty-nine states could not meet all of their obligations, with the average taxpayer burden at $9,300; an increase of $2,000 from the previous year. Ohio ranked 26th in the nation in the study.

Unlike most states, Ohio’s overall financial condition improved during the onset of the COVID-19 pandemic, but the state still could not pay all of its bills.

“The majority of states were financially unprepared for any crisis,” Sheila Weinberg, founder and CEO of Truth in Accounting, said in a statement. “When states can’t pay their bills, taxpayers are on the hook.”

The state’s biggest issue comes in unfunded retirement obligations that have accumulated over the years.

Ohio did fare far better than the average state when it came to funding retiree health care plans. It was able to cover 49 cents for each dollar obligated, more than five times the national average.

It also had 80 cents for every dollar set aside to cover promised pension benefits. The national average was 64 cents.

J.D. Davidson is a veteran journalist with more than 30 years of experience in newspapers in Ohio, Georgia, Alabama and Texas. He has served as a reporter, editor, managing editor and publisher. He is a regional editor for The Center Square.
Photo “Ohio State Capitol” by Sixflashphoto CC BY-SA 4.0.