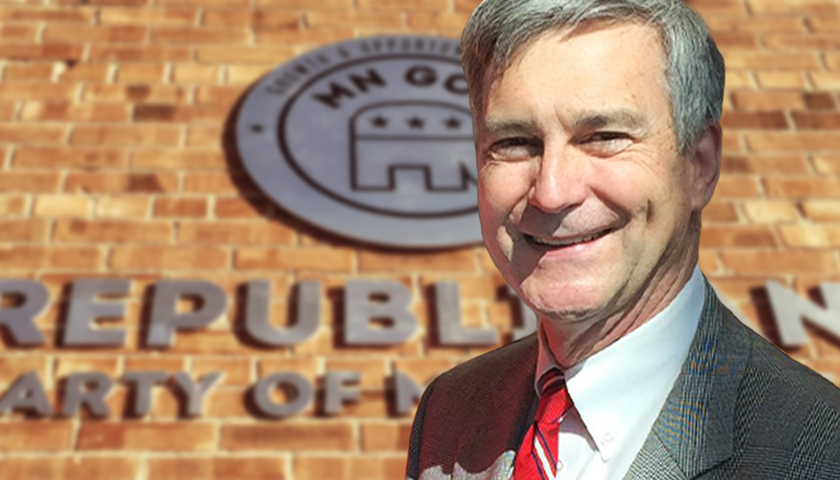 The former chair of the Minnesota GOP resigned in August after insiders came forward with claims of misconduct and after the arrest of Carnahan’s close friend and political donor, Anton Lazzaro, on child sex trafficking charges.

As reported by The Minnesota Sun, “Jennifer Carnahan, the Chair of the Minnesota GOP, resigned Thursday night after allegations of harassment, abuse, and ties to a child sex trafficker came to light. Carnahan is the wife of Representative Jim Hagedorn (R-MN-01).”

Carnahan denies knowledge of the illegal activity and allegations of a “toxic” workplace to this day, alleging in her first public statement regarding the situation that she had “no direct knowledge” of Lazzaro’s alleged illicit activity and that she was not “in any way involved.”

FOX 9 reported that, “All of the donations made to the Minnesota GOP party by Anton Lazzaro have been donated to two Minnesota-based charities that fight sex trafficking and help victims. Those donations amounted to around $47,000.”

The new Minnesota GOP Chair, Hann, served in the Minnesota State Senate for 14 years, according to Bring Me The News.

Tyler Kistner, a candidate for Congress, shared that three others were also being considered for the position: Leilani Holmstadt, Phillip Parish, and Jerry Dettinger. FOX 9 reported that Hann ran for Minnesota GOP Board Chair in 2017, but lost to Carnahan.

Congratulations to @davidhann on his election as our new @mngop Chair! We look forward to working with you to flip #MN02 and win legislative seats in the 2nd District!

Thanks to the other candidates who ran Leilani Holmstadt, Phillip Parish and Jerry Dettinger! #MNGOP pic.twitter.com/A58pVBnxLX

Bring Me The News also alleged that Hann is prepared to investigate voter fraud in Minnesota, stating that Hann promised “he’d use a law allowing the state parties to examine the ‘source code’ of the voting machines used in last year’s presidential election.”

Hann shared that he is seeking to help change the reputation of the Minnesota Republican party after the recent scandals.

“I gotta tell you, the most frequently asked question I got after I decided to run was ‘why do you want to do this job?’ Seriously, from delegates to my family…now that tells me something about the perception of this party,” Hann said. “We have a lot of work to do, and we need to focus on what the mission of the party is.”