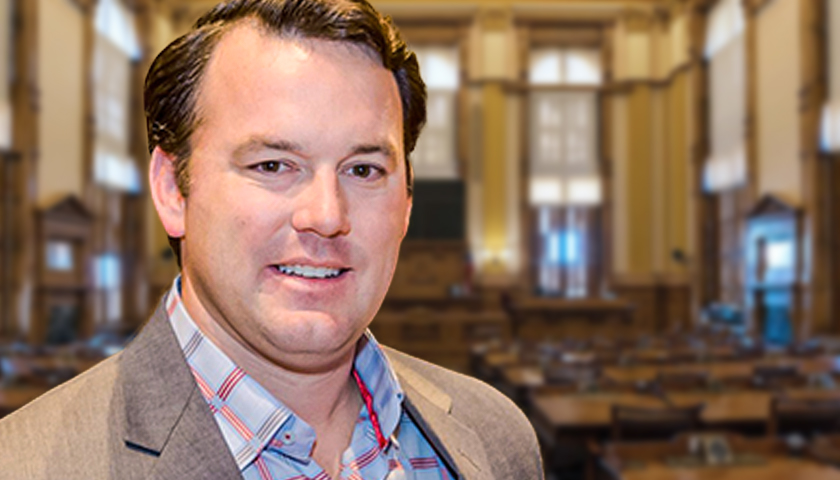 Jones announced in August that he will run for lieutenant governor.

The Madison-based Morgan County Citizen identified the Democrat as Kacy Morgan, a pastor and an Iraq War veteran. The Republican, meanwhile, is businessman Brett Mauldin, the president of the Lake Oconee-based Marbleworks.

Marbleworks’ website says Mauldin is the first non-builder to serve as president of a local builder’s association since the state association allowed it. Mauldin also served as the associate vice president at the Home Builders Association of Georgia.

“We need common sense, which is lacking right now, and we need someone who is business-minded to lead. Small businesses are what really helps the world go round — it’s where most people are working, so we want to protect that as much as we can.”

Mauldin attends Fusion Church in Madison, the paper reported. His LinkedIn says he graduated from Lee University in 2004 with a degree in business administration and management.

The Citizen said Morgan pastors the Bethel Bara Baptist Church in Union Point. Morgan earned an associate of arts degree in 2015 at the American Military University.

The Georgia Star News could find no other information online about Morgan.

Jones said his four priorities, if elected, include the following:

• Provide more resources to recruit, retain, and promote the state’s law enforcement agencies and to no longer “allow cops to be punching bags by the media.”

• Address problems with K-12 education and give power back to the parents and give them more choices and say in their child’s schooling.

• Bring integrity back to the state’s elections process.

Current Georgia Lieutenant Governor Geoff Duncan declared in May he would not seek a second term.