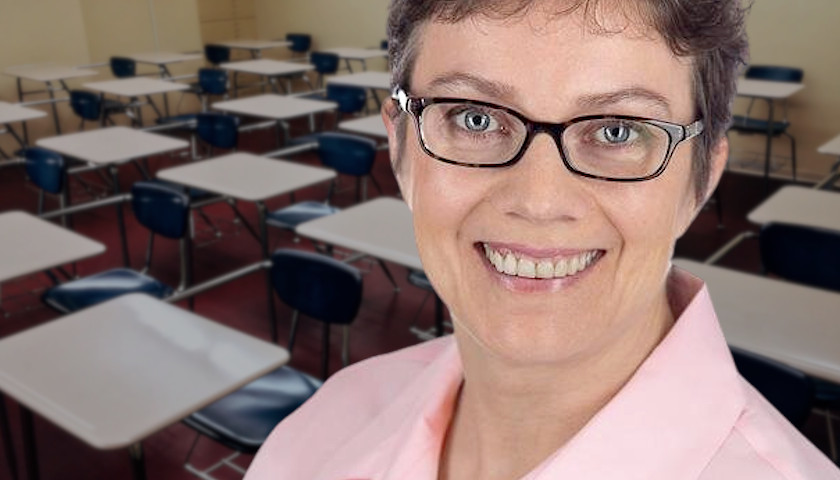 Shakopee School Board Chair Kristi Peterson reported Tara, who is a single mother, to her employer for criticizing the actions of Shakopee’s school board members.

The mother criticized the way two Shakopee School Board members handled the testimony of the parent of a special needs child and her struggles with masking.

State Representative Erik Mortensen (R-Shakopee) shared Tara’s story on Facebook. Mortensen hid the mother’s full name for her privacy, but he shared the comment that got her into trouble. According to Mortensen, Tara is now on unpaid suspension and is anticipating that she will be fired.

The Facebook comment from Tara reads, “I personally was really disappointed in board member Kristi Peterson tonight. She was turning around to watch the time clock while Amanda was speaking about her daughter’s struggle with her disability and masking. She did it multiple times! So rude. I know that most people don’t have ill will towards these children … but that lady showed she has NO HEART! Who does that???”

According to Mortensen, “In retaliation of this pictured post they called the employer of the poster and strong-armed the employer to PUNISH the single mom of 2 for her criticism of Board Chair Kristi Peterson.”

Mortensen called the school board’s actions against Tara “an abuse of power” and “straight up bullying.”

Mortensen said, “The people of Shakopee deserve better leadership and they should never feel like they can’t use their constitutionally protected First Amendment rights without facing threats from the politicians that are supposed to serve them.”

Mortensen called for Peterson and Superintendent Mike Redmond to resign, saying that they are “unfit to lead.”

A GoFundMe page has been set up by Mortensen to support Tara while she is on her two-week unpaid suspension.

The GoFundMe page reads, “She exercised her first amendment protected right to political speech on Facebook on Monday night and on Tuesday Superintendent Mike Redmond notified Tara’s employer and strong-armed her employer to punish Tara for simply voicing her opinion of an elected official.”

Hayley Tschetter is a reporter with The Minnesota Sun and The Wisconsin Daily Star | Star News Network. Follow Hayley on Twitter or like her Facebook page. Send news tips to hayley@volente.biz.
Photo “Kristi Peterson” by Kristi Peterson.