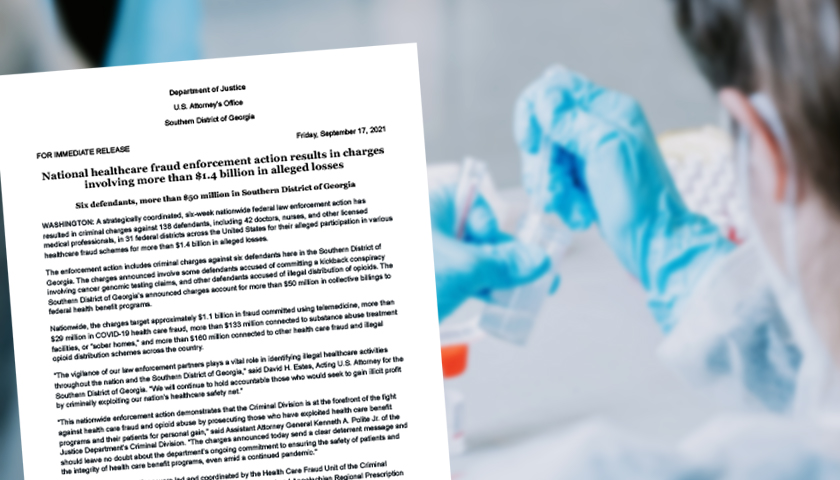 This, according to a press release that officials with the U.S. Attorney’s Office for the Southern District of Georgia published Friday.

The indictment alleges that the charged physician, nurse practitioner, and physician assistant operated a nominal pain clinic that distributed opioids with no legitimate medical purpose. The press release did not identify them by name.

This action, the press release said, has resulted in criminal charges against 138 defendants, including 42 doctors, nurses, and other licensed medical professionals, in 31 federal districts across the United States. This, for their alleged participation in various healthcare fraud schemes for more than $1.4 billion in alleged losses.

“The enforcement action includes criminal charges against six defendants here in the Southern District of Georgia. The charges announced involve some defendants accused of committing a kickback conspiracy involving cancer genomic testing claims, and other defendants accused of illegal distribution of opioids. The Southern District of Georgia’s announced charges account for more than $50 million in collective billings to federal health benefit programs,” the press release said.

In the first case, federal officials took two Columbus residents into custody after a federal grand jury returned an indictment charging them both with wire fraud and theft of government property related to the CARES Act.