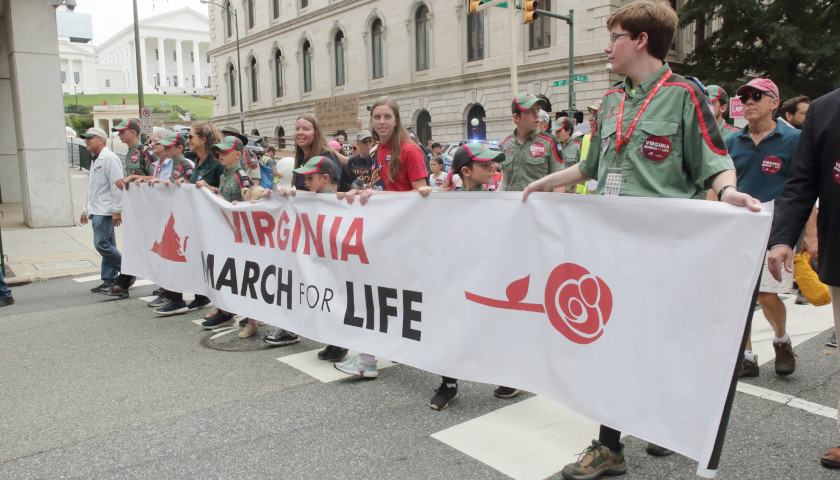 “I voted today, because I voted pro-life. And I encourage every last one of you, when you go to the ballot box, make sure you’re standing up for the voiceless and defenseless with me,” Brewer said. “So from the bottom of my heart, I implore you don’t let today be the end of your pro-life journey before November. Encourage your friends, your family members, from the bottom of your heart. Don’t ask them what party. Ask them to vote pro-life.” 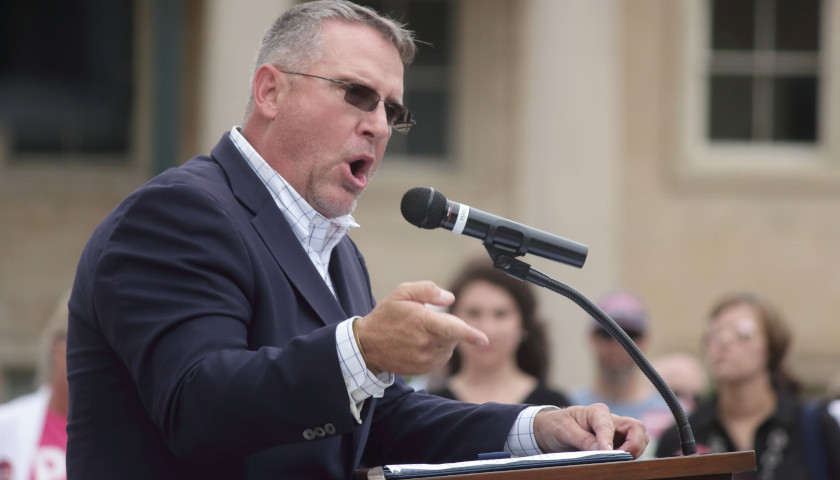 He said that Bible school and Sunday school lessons from his upbringing in foster care had stuck with him. “God always gets the last word. Keep the faith, and together we will protect life. We’ll get a Republican governor, and turn Virginia around and our country around.”

Reeves quoted Governor Ralph Northam’s January 2019 comment’s on a late-term abortion bill proposal, where he said that non-viable infants could be delivered, and kept comfortable while a decision was made.

“Ladies and gentlemen, those words matter, because they tell you what our governor believes about life. He doesn’t value life at all,” Reeves said. “When a child can be born, and be put to death outside the womb, that’s not abortion, that’s murder.”

According to a Virginia Capitol Police spokesperson, about 600 people participated. The march was peaceful, with only one counter-protester visible. Signs and banners from marchers were focused on pro-life advocacy, not candidates or other issues.

The march was held weeks after a Texas abortion ban brought pro-life policy to the forefront in Virginia’s statewide races. None of the statewide candidates from either party were present at the rally. In a debate Thursday night, Glenn Youngkin carefully said he would support an abortion ban after the fetus can feel pain. Some pro-life Virginia Republicans panned Youngkin’s response, where he rejected the idea of a ban like the one in Texas. During the same debate his opponent Terry McAuliffe said he was willing to expand abortions and echoed previous comments saying that he would be a “brick wall” defending women’s reproductive rights.

The Virginia Star asked marchers what they thought of the two candidates, and specifically how they reacted to Youngkin’s messaging on the issue.

“Anybody would be better than him,” he said. 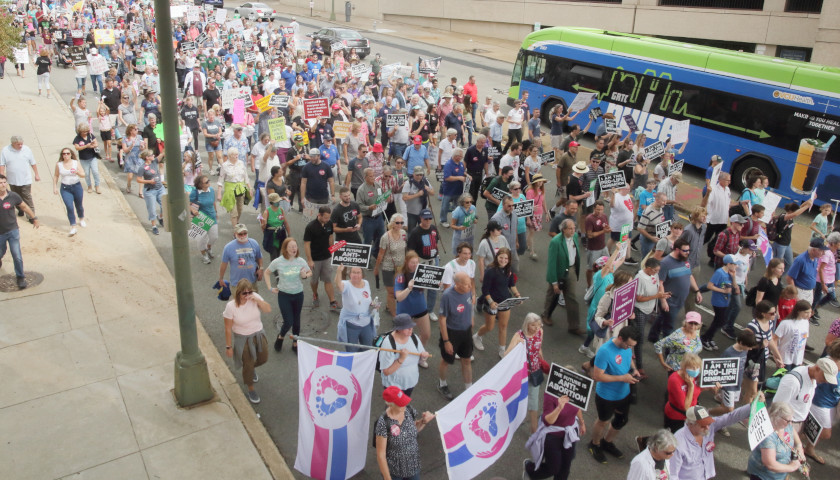 “Youngkin is pro-life,” Suffolk resident Donna Gatling said, “I could not vote for someone that is pro-abortion.”

She said Youngkin doesn’t believe in any kind of mandates, and that his answer wasn’t just politics. “That was what his heart said,” Roberson said.

Some representatives of Democrats for Life of America also marched. They told The Star that they are pro-life for the whole life, which means they are opposed to abortion, but also to euthanasia, capital punishment, sexism, and racism. They support the Black Lives Matter movement, paid maternity leave, and expanding access to healthcare.

She’s concerned that McAuliffe will make abortion less safe, and said she has a long history with him.

“I’m not too excited about him,” she said.

Day said that pro-life Democrats have to make tough decisions during elections, and may not vote for any candidate or may be single-issue voters.

Craig Rew is a member of the Virginia Democrats for Life.

“I’m not even sure if Youngkin is pro-life in an abortion sense,” Rew said, but added, “[I] can’t support McAuliffe because he’s so pro-abortion.”

Other marchers weren’t as focused on politics.

“We’re responsible for life and the lives of the most vulnerable,” Hohos said.

He said, “We want people to realize that every baby in the womb is an individual, is a citizen of the United States,” Hohos said.

“And they’re citizens of God. You know, God gave them their first human right, which is freedom to life, and no one has any right to take it away from them,” Mary’s Choice RVA Executive Director Maureen Nwoye said.

– – –
Eric Burk is a reporter at The Virginia Star and The Star News Network. Email tips to eburk@vastarnews.com.
Photos by Eric Burk.