Country Faith Bluegrass Is Out Today 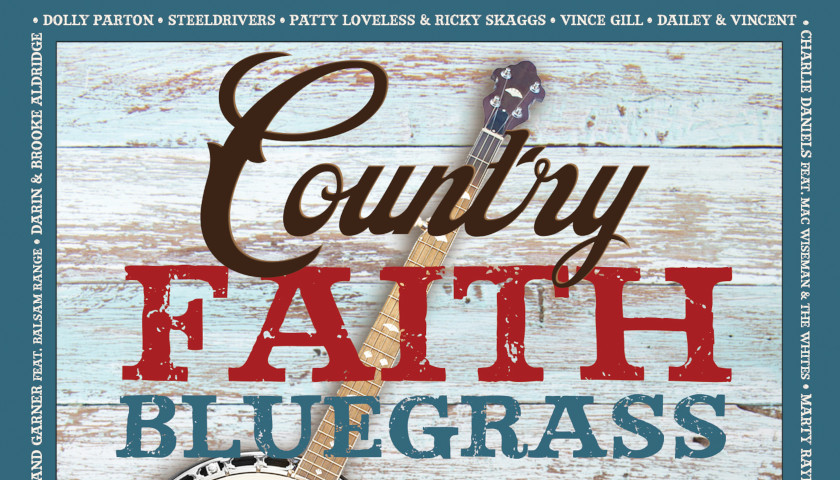 Salley stated, “They had never done a bluegrass record. In the past, they compiled previously released songs to make an album. They had never recorded anything new.” 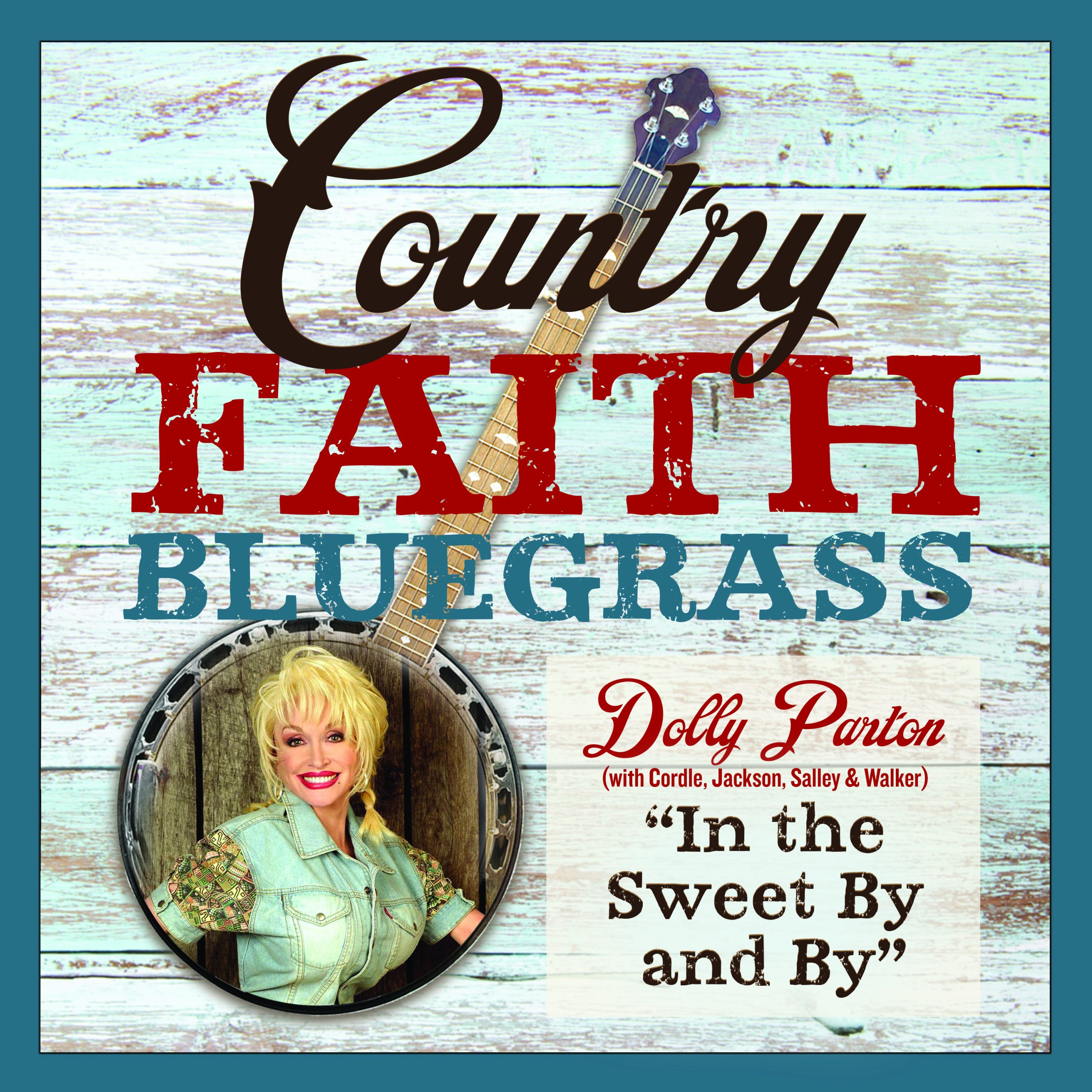 They recorded eight new songs at Billy Blue Records (a division of Daywind Records) and then included six previously recorded songs to make the album. With his extensive credentials, Salley was the natural choice to help produce the record. He has had over 500 of his bluegrass and/or country songs recorded.

When listening to old gospel hymns and also to bluegrass, you can easily see how the two genres meld together quite seamlessly. Salley called the sound “Bluegrass Gospel.” Famous bluegrass greats like Flatt and Scruggs, The Stanley Brothers, Ricky Skaggs, and Dailey and Vincent always include gospel songs on their records. This made Billy Blue Records the perfect fit for the Country Faith Bluegrass album.

The first song released off the record was Dolly Parton’s “In the Sweet By and By.” People.com exclusively premiered a first listen to the song.

Salley explained, “Deborah Evans-Price and I made a wish list of who we would like to have on the album, and of course, Dolly was at the top.”

He reached out to Dolly’s contact, Tom Rutledge, and asked if there was any way she would want to be a part of the project. Because of COVID, Dolly didn’t want to be out around too many people so sent over a never-been-released version of “In the Sweet By and By” with her and a guitar.

Dolly told Rutledge, “I’ll give it Jerry and see what he can do with it. He can do anything he wants with it as long as I approve it.”

Salley removed the guitar and added a banjo and then “literally added a bluegrass band” to accompany her pure vocals. He called Carl Jackson, Larry Cordle, and Bradley Walker to accompany Dolly on the track to sing harmony vocals as a bluegrass quartet, reminiscent of an acoustic Jordanaires’ tune.

“Luckily when I had it all finished up, I sent it to her and she loved it. She sent the nicest note about how much she loved it was happy with it. It was a wonderful moment to get that confirmation,” he recollected.

He continued, “I will forever be grateful to Dolly for trusting me and allowing me to work with her on this project.”

Even though the record is filled with songs from some of my favorite artists like Marty Raybon, Vince Gill, Charlie Daniels, and Alison Krauss, my favorite song is the SteelDrivers’ original acapella song, “River of Forgiveness.” “River of Forgiveness,” the first-ever gospel song recorded by The Steeldrivers, and was co-written by SteelDriver fiddle player and vocalist Tammy Rogers-King and Jerry Salley.

Salley explained, “In their shows, after few songs, they say, ‘Thanks for coming. We have two rules at our show. 1) No drinking during gospel songs. 2) No gospel songs.’ They had never done a gospel song, so this is kind of a historic moment for them.”

Country Faith Bluegrass also features the first collaboration between IBMA Female Vocalist of the Year Dale Ann Bradley and the multi-Grammy®-nominated family group The Isaacs on their new swampy version of “Working on a Building.”

Salley also joins Shenandoah’s lead singer Raybon on “My Future Ain’t What It Used to Be.” There are more originals on the album like “Walk with Me,” recorded and co-written by country music newcomer Caeland Garner with 2014 and 2018 IBMA Entertainer of The Year recipients Balsam Range. Additional new arrangements include “Shall We Gather at the River” by bluegrass Hall of Fame member Doyle Lawson & Quicksilver, “Rank Strangers” by the 2019 IBMA Entertainers of The Year Joe Mullins & The Radio Ramblers, and “Drifting Too Far from the Shore” by Grand Ole Opry favorites Darin & Brooke Aldridge.

One of my goals as an entertainment writer is to introduce artists and their music to new audiences. Since moving to Nashville, I have had to privilege to see and interview several bluegrass artists and I have fallen in love with the genre.

Salley concurred, “Bluegrass has that pure, real sound. I came to Nashville years ago for bluegrass and gospel and to play for really traditional country people like Merle (Haggard) and George (Jones). I’ve come full circle and am back at my roots again. The music still movies me and it hasn’t changed as much as country music has.”

The 14-song collection was executive produced by Deborah Evans Price, Danny McGuffey, and Dottie Leonard Miller and produced by Salley.  Country Faith Bluegrass is available today on all music platforms and on crackerbarrel.com. CD’s will be available at Cracker Barrel Old Country Store® locations on October 4th.

1. All Prayed Up – Vince Gill from the album All Prayed Up
(Vince Gill)
2. In the Sweet By and By – Dolly Parton with Cordle, Jackson, Salley & Walker ***
(Bennett / Webster)
3. Shall We Gather at the River – Doyle Lawson & Quicksilver ***
(R. Lowry)
4. Will There Be Any Stars? – Alison Krauss & The Cox Family from the album I Know Who Holds Tomorrow
(E. Hewitt / J. Sweeney)
5. My Future Ain’t What It Used to Be – Marty Raybon & Jerry Salley ***
(Dianne Wilkinson / Jerry Salley)
6. By the Mark – Dailey & Vincent from the album Dailey & Vincent
(David Rawlings / Gillian Welch)
7. Working on a Building – Dale Ann Bradley ft. The Isaacs ***
(A.P. Carter)
8. I’m Bound for the Land of Canaan – The Del McCoury Band from the album The Promised Land
(Albert E. Brumley)
9. Rank Strangers – Joe Mullins & the Radio Ramblers ***
(Albert E. Brumley)
10. Daniel Prayed – Patty Loveless & Ricky Skaggs from the album Mountain Soul
(Ralph Stanley)
11. River of Forgiveness – The SteelDrivers ***
(Tammy Rogers-King / Jerry Salley)
12. Walk with Me – Caeland Garner ft. Balsam Range ***
(Kelly Collins / Caeland Garner / Jerry Salley)
13. Drifting Too Far from the Shore – Darin and Brooke Aldridge ***
(C. Moody)
14. Walking in Jerusalem (Just Like John) – Charlie Daniels ft. Mac Wiseman & The Whites from the album Songs from The Longleaf Pines
(Bill Monroe)