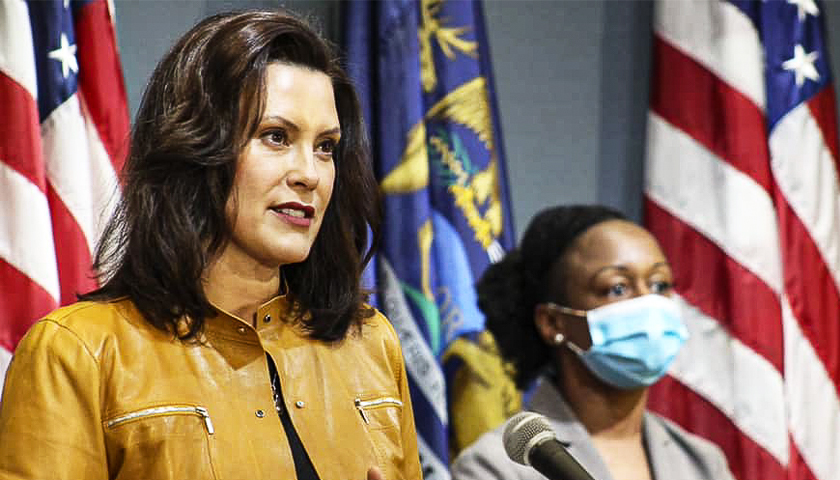 After an investigation into Special Agent Richard Trask, accused of beating his wife after the pair attended swingers’ party in July, the FBI agent who once lead the investigation into the plot to kidnap Gov. Gretchen Whitmer (D) has been fired.

“Trask was fired, according to a source familiar with his case, while awaiting trial on a charge of assault with intent to do great bodily harm and allegations he smashed his wife’s head against a nightstand and choked her after a dispute stemming from their attendance at a swingers’ party in July,” The Detroit News reported.

As it did after Trask’s arrest, the FBI refused to comment. It only confirmed that he is no longer employed by the agency.

According to the report, Trask also ran a personal training business along with his FBI job. He had a decade of experience working for the nation’s most iconic federal law enforcement agency.

Before his arrest and subsequent termination, he was the face of the FBI’s investigation into several men who are accused of plotting to kidnap Whitmer.

He even testified against Barry Croft, a Delaware man who is the alleged “bomb maker” of the group of would-be kidnappers.

The investigation itself has recently faced scrutiny, as the defendants in the case claim they were entrapped by the FBI.

“An examination of the case by BuzzFeed News also reveals that some of those informants, acting under the direction of the FBI, played a far larger role than has previously been reported,” that report said. “Working in secret, they did more than just passively observe and report on the actions of the suspects. Instead, they had a hand in nearly every aspect of the alleged plot, starting with its inception. The extent of their involvement raises questions as to whether there would have even been a conspiracy without them.”

Pete D’Abrosca is a contributor at The Michigan Star and The Star News Network. Follow Pete on Twitter. Email tips to dabroscareports@gmail.com.
Photo “Gretchen Whitmer” by Governor Gretchen Whitmer.