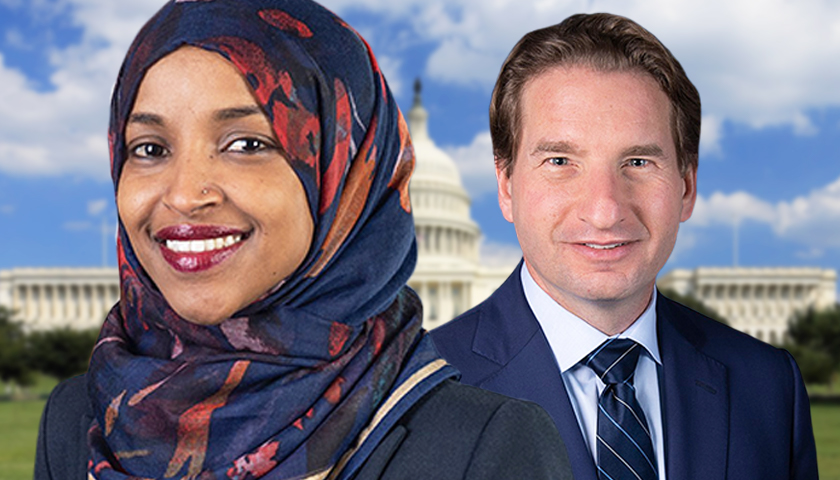 Minnesota Democrat Representatives Ilhan Omar (D-MN-05) and Dean Phillips (D-MN-03) have been silent on President Biden’s firing Trump-era appointees from military advisory boards. The Biden administration has sent letters to several Trump appointees including Russ Vought, Kellyanne Conway, and Sean Spicer, telling them to quit by 6:00 p.m. on September 8 or be fired.

Minnesota Democrats have been silent on the issue. When asked by The Minnesota Sun to respond to the Biden Administration’s move to remove Trump appointees, Rep. Omar’s staff said that she was “not available for this.” Rep. Phillips’ staff told The Sun that if he had an opinion on the situation, he would tweet about it.

Kellyanne Conway, a political consultant and a former senior counselor to the president in the Trump administration, tweeted out her response to the letter from the Biden administration. Conway is on the Board of Visitors for the United States Air Force Academy and was told by the Biden administration to resign or be fired. Conway said that in her opinion, the move was a news cycle distraction after the Afghanistan disaster.

President Biden, I'm not resigning, but you should. pic.twitter.com/HuRYM4bLYP

Conway said she would not be resigning. Her letter to the Biden administration said she had been informed by three former directors of Presidential Personnel that Biden’s request was a “break from presidential norms.”

Conway finished her letter to the administration saying, “I’m not resigning, but you should.”

Russ Vought, another former member of Trump’s cabinet, also received the letter on September 8 demanding his resignation. Vought tweeted back, “No. It’s a three year term.”

Sean Spicer, a host at Newsmax, was another asked to resign by the Biden administration. Spicer also declined to resign, saying that the Boards of Directors are not supposed to be political.

Yesterday I received a letter from the White House asking me to resign from my post on the Board of Visitors to the US Naval Academy by COB or be terminated.

Spicer said, “In short – these bodies have been free from politics [and] worked in a bipartisan way to support the service academies until now.”

Hayley Tschetter is a reporter with The Minnesota Sun | Star News Network. Follow Hayley on Twitter or like her Facebook page. Send news tips to hayley@volente.biz.
Background Photo “US Capitol” by Martin Falbisoner CC BY-SA 3.0.