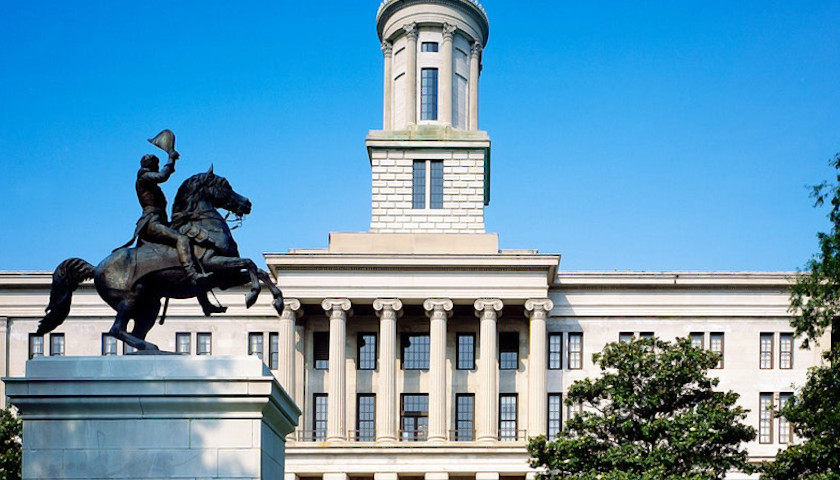 The Tennessee House Select Committee on Redistricting held its first of many meetings on Wednesday, starting the process of refitting the Volunteer State’s legislative districts to correspond to population changes.

“Over the course of the next several months, this committee will work together to develop a fair and constitutional redistricting plan for the state House, Senate and Congress,” Committee Chair Curtis Johnson (R-TN-Clarksville) said.

Johnson is tasked with the general redistricting plan for the state House of Representatives and therefore must coordinate legislation to effect redistricting maps for all state and federal legislative districts. Redrawing of these maps happens once every 10 years following the publication of new U.S. Census figures determining how many people reside in America and where.

State-level redistricting data from the 2020 Census was released on August 12 and shows an increase in Tennessee’s population of 8.9 percent over the previous decade for a 2020 total of 6,910,840. Despite that, 30 of Tennessee’s counties have seen their populations decline over the last decade, the vast majority of those being on or near the state’s western and northeastern borders. High population growth has been concentrated in central Tennessee, with Trousdale, Williamson and Rutherford counties each seeing their populations rise by over 30 percent.

“For Tennessee, what we saw was vastly uneven growth,” Doug Himes, counsel to the committee, explained to attendees.

As a result of these growth patterns, state House, state Senate and congressional districts are expected to grow geographically in the west and shrink spatially in central Tennessee.

Once redistricting is finalized, every district should end up with nearly the same number of residents: 767,871 in the case of Tennessee’s nine congressional districts, 209,419 in the case of 33 state Senate districts and 69,806 for 99 state House districts. The state Constitution advises that counties generally should not be divided between districts, though such divisions are sometimes necessary to comply with the federal stipulation of one-person-one-vote.

Private citizens and organizations who wish to offer redistricting plans for consideration may submit their plans through a member of the state House for delivery to the Select Committee on Redistricting by noon on November 12. Such plans must comply with the Voting Rights Act and both the federal and state constitutions. They must be in electronic format and generated through a program called Maptitude for Redistricting or created in a format that can be imported into that program.

State Rep. William Lamberth (R-Portland) commended Tennessee House Speaker Cameron Sexton (R-Crossville) for forming what to Lamberth’s recollection is the first bipartisan House Select Committee on Redistricting. He urged Tennesseeans of all political persuasions to submit their proposals to the committee as redistricting goes forward.

“I think [bipartisanship] sets the right tone for this,” Lamberth said. “Tennessee has grown, our numbers have changed [and] we want to hear from you: Don’t let the fact that it’s a statewide plan that you need to submit intimidate you in any way. If there’s an area that you’re really focused on, submit that plan, but let us know that you’re really focused the most on one area.”

A number of party officials and political dignitaries provided public comment at the meeting. Among them was U.S. Rep. Jim Cooper (D-TN-5), who urged the committee to pursue redistricting that leaves districts as close to their current formations as possible.

He opened his remarks by quoting late fellow Democrat Tommy Burnett, who had served as majority leader of the Tennessee state House: “There are two things you don’t mess with: your wife and your district—and not necessarily in that order.”

Cooper mentioned that in the four previous rounds of redistricting he has undergone as a lawmaker, a bipartisan effort has been made to ensure that districts don’t change dramatically. A representative of all of Davidson and Dickson counties as well as most of Cheatham County, the congressman emphasized the constitutional preference not to split counties.

“The general feeling was: Let’s keep the districts as close to the same as you can, given the constitutional and population requirements,” he  said. “That’s generally what’s been done. I hope and pray for Nashville’s sake, that’s done this time.”

James Garrett, chair of the Davidson County Republican Party, noted there is currently significant overpopulation, relative to average district population, in his county’s four state Senate districts and most of its 10 state House districts.

“As a Republican in this county, we feel very underrepresented,” Garrett said. “But I think your mission is to divide by population and not by politics.”

Jenn Foley, chair of the Williamson County Democratic Party, spoke to committee members about the significant growth her county has experienced over the last decade. The population increase in that jurisdiction has heavily favored Democrats in recent elections.

Foley said that the roughly 50,000 Democrats in Williamson are “very concerned about how redistricting will impact our state legislative districts.” Specifically, she expressed regret that the county’s two largest cities—Franklin and Spring Hill—are respectively divided into three and two House districts.

Information on redistricting plans and state population figures can be found on the House Select Committee on Redistricting’s website at https://www.capitol.tn.gov/house/committees/Redistricting.aspx.