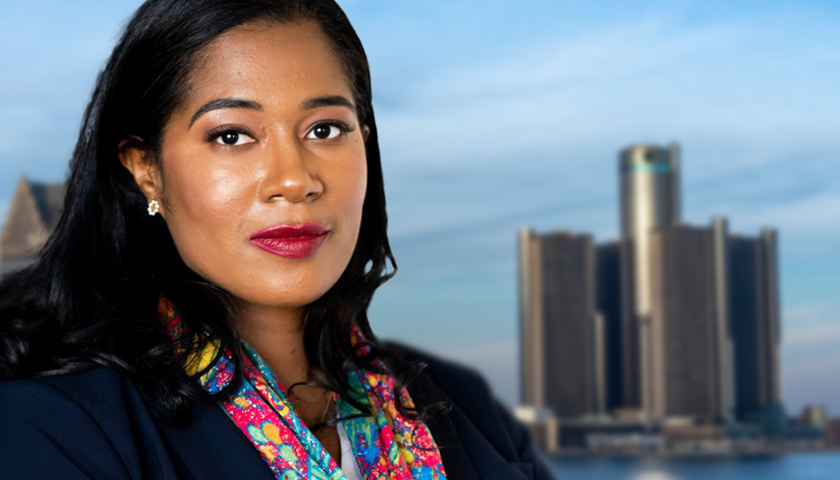 Karamo, an educator, is running for the GOP nomination to challenge Democratic Secretary of State Jocelyn Benson for the state’s top election post.

“Highly respected Kristina Karamo has my Complete and Total Endorsement to run for Secretary of State of the Great State of Michigan! She is strong on Crime, including the massive Crime of Election Fraud. Kristina will fight for you like no other, and of equal importance, she will fight for justice. Good luck Kristina, and while you’re at it, check out the Fake Election results that took place in the city of Detroit,” Trump explained.

According to her campaign website, if elected, Karamo plans to help implement a host of changes in order to strengthen election integrity throughout the state, including investigating any claims or potential irregularities.

“All reports from citizens reporting statutory, rule or standard operating procedure violations must be investigated in-depth consistent with election system corruption representing a state and national security threat. We must end politicized investigations or dismissing allegations of election corruption – even when they cross party lines,” Karamo describes.

Previously, Karamo had called for an audit of the state’s November 2020 election results, similar to the one in Maricopa County, Arizona.

“We need our legislators to initiate the audit, we don’t have to take them to court. I mean, That may be an option down the road we don’t know but at the moment, there are two legal statutes , which point to the complete power our legislative have to conduct an audit because they can subpoena for books, records for any department in our state government,” Karamo said.