The ‘Squad’ Visits Bemidji to Protest Line 3 in Minnesota 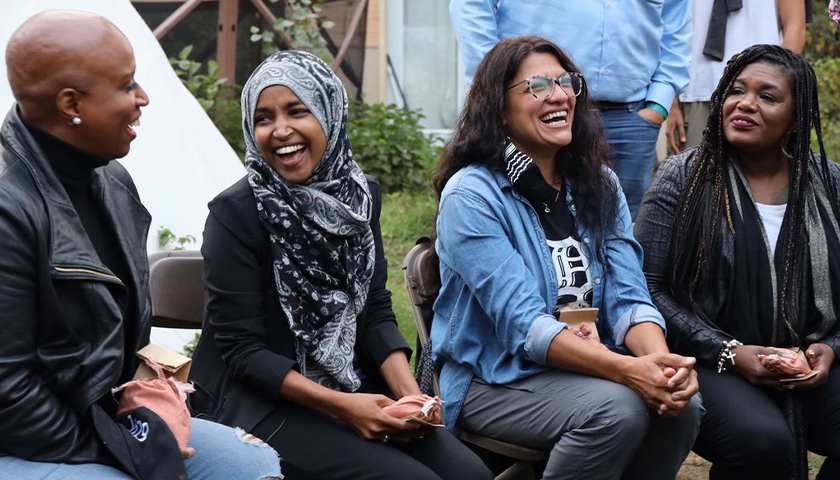 The Squad visited Bemidji on Labor Day Weekend to protest the Line 3 pipeline that is nearing completion. Representatives Ilhan Omar (D-05-MN), Cori Bush (D-01-MO), Ayanna Pressley (D-07-MA), Rashida Tlaib (D-13-MI), and Alexandria Ocasio-Cortez (D-14-NY), who was “with them in spirit,” visited Minnesota to express their displeasure with the Enbridge Pipeline.

The Squad is coming to Minnesota to support the Line 3 protest and meet with Winona LaDuke pic.twitter.com/wXBawHDo5G

According to a media advisory, they held a press conference at an undisclosed location in Minneapolis on Friday, but did not reply to The Minnesota Sun‘s request for the location. They also traveled to Bemidji to have another conference with some of the Native American leaders

Rep. Pressley said during the conference that, “The systematic oppression of marginalized people, whether you’re talking about black Americans or Indigenous people, it has been precise, exact, often legislated, and it’s very similar.”

Omar shared a similar sentiment, saying, “It is unconscionable for us to see zero action being taken by our governor and President in stopping this pipeline.”

“I think it’s really important that President Biden understands that this decision around being silent is devastating these communities.” Tlaib said. She told those watching that Enbridge “thinks they’re about the law” but they are not.

As reported by The Hill, Winona LaDuke, the executive director of Honor the Earth, an environmental activism group, said, “Here we have a Canadian multinational corporation that is not only a climate criminal in a time of climate chaos, but a corporation and a country which is now promoting violence against Indigenous peoples, a total denial of our rights to continue food security, existence, environmental eco-side damage, and certainly the violation of treaty rights and all agreements under our laws and under international laws.”

Several Republican lawmakers held a press conference on Friday, responding to the Squad’s visit. They called upon the Representatives to explain how they traveled to Minnesota, implying that their actions did not align with their motives.

As was reported by The Sun, several Republicans released a statement, responding to the visit. The press release from three Minnesota Representatives said, “Even after a litany of court decisions affirming the Enbridge Line 3 Pipeline Replacement Project, and even with construction more than 90 percent complete, the misguided push to stop the pipeline using any means possible continues. The multi-billion-dollar pipeline project is the most studied of its kind in Minnesota; a visit by a few out-of-town congresswomen isn’t going to stop it.”

Hayley Tschetter is a reporter with The Minnesota Sun | Star News Network. Follow Hayley on Twitter or like her Facebook page. Send news tips to hayley@volente.biz.
Photo “sisterhood is powerful” by Rep. Ilhan Omar.