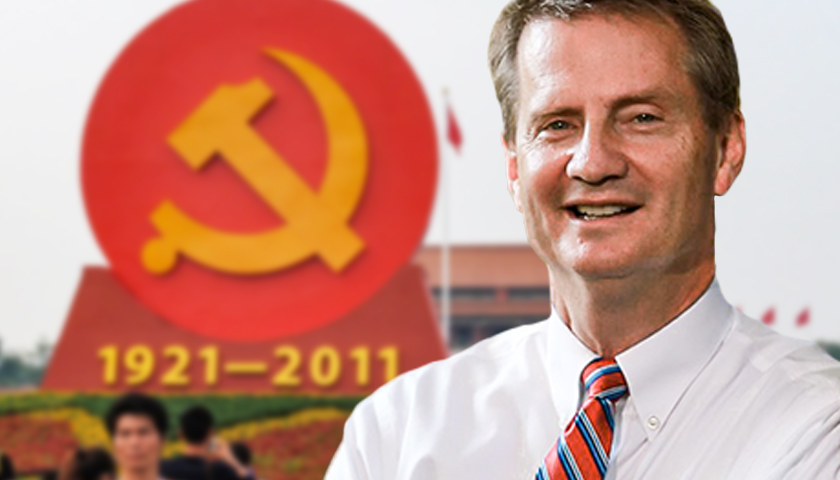 Burchett, in an emailed press release, called his legislation the American Genetic Privacy Act of 2021.

“It takes a great deal of trust for Americans’ to share their sensitive genetic information with DNA testing companies,” Burchett said in the press release.

“Selling this information to malicious foreign actors is a huge violation of trust and morally unacceptable. DNA testing companies must keep Americans’ genetic information private so it isn’t used against us by the Chinese Communist Party.”

Specifically, Burchett’s legislation would do the following:

Catherine Mortensen, vice president of communications at the Fairfax, Virginia-based Americans for Limited Government, said in January that the CCP seeks to dominate America, not only militarily and economically, but by undermining its cultural institutions.

“The CCP meddling has gone undetected, in many cases, for years. But a new digital news site is aggressively shining a spotlight on the CCP’s infiltration campaign in the United States,” Mortensen wrote at the time.

“Since relaunching in 2020, the National Pulse  has been dishing up a steady stream of exclusive stories exposing China’s nefarious infiltration program.”

Natalie Winters, a senior reporter at The National Pulse, found scoops she said the mainstream media is missing.

“The Chinese Communist Party likes nothing more than to fly under the radar,” Winters said.

“They hate nothing more than the stories we publish at the National Pulse which bring the infiltration campaigns they are waging to light.”

Winters said the CCP has successfully targeted the following five groups as part of their overall campaign to influence and infiltrate the country:

Winters said that according to a U.S. government report, the CCP is attempting to co-opt and neutralize sources of potential opposition to the policies and authority of its ruling Chinese Communist Party.