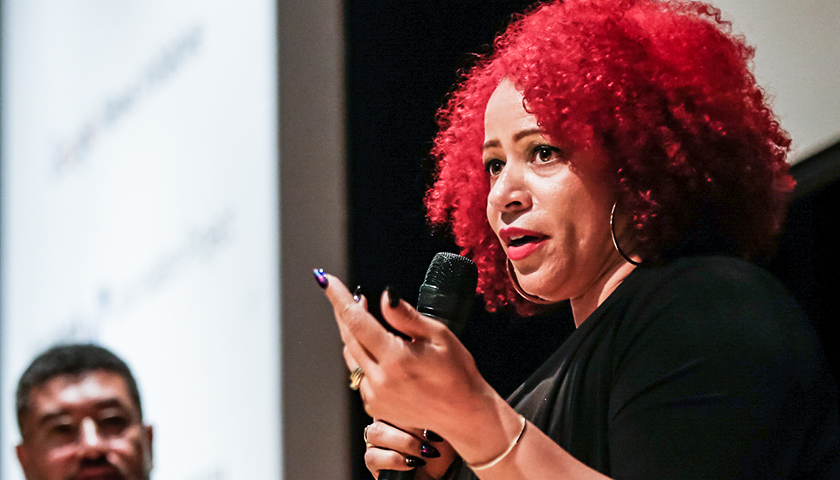 The privately-funded “1619 Freedom School” headed by Hannah-Jones will be for students in the Waterloo Community School District in Iowa. The program’s goal is to “improve literacy skills and develop a love for reading through liberating instruction centered on Black American history,” according to the 1619 Freedom School website.

In June, Iowa’s Republican Gov. Kim Reynolds signed a bill into law that prohibits teaching “divisive concepts” such as that an “individual, by virtue of the individual’s race or sex, is inherently racist, sexist, or oppressive, whether consciously or unconsciously,” but it doesn’t specifically mention CRT.

“Parents will opt into the program if they believe in what we’re doing,” Hannah-Jones told the Waterloo-Cedar Falls Courier. “And if they don’t, they won’t. I don’t understand how one can criticize an effort to help children to become more literate and excel academically.”

Hannah-Jones told the Courier that the program “has nothing to do with the 1619 Project at all.”

The 1619 Project was created by Hannah Jones and promotes the idea that America’s “true founding” occurred in 1619, when slaves arrived in the colonies, and frames the history of the country around race and slavery.

The 1619 Freedom School is not affiliated with the 1619 Project but its Black History literacy curriculum is particularly important now when states, including Iowa where it’s located, are trying to ban the teaching of histories that center that Black experience.

“Freedom schools” were originally started during the Civil Rights Movement of the 1950s and 1960s to educate black youth about black history and how to fight for equality, the Des Moines Register reported.

“We’re intentional with everything that we’re doing with this … to teach children to fight for their own liberation and to show them that they have a deep, storied past that they can be proud of,” Hannah-Jones told the Register. “The literature on this is very clear that when Black students are exposed to Black history, they excel — they do better, academically.”