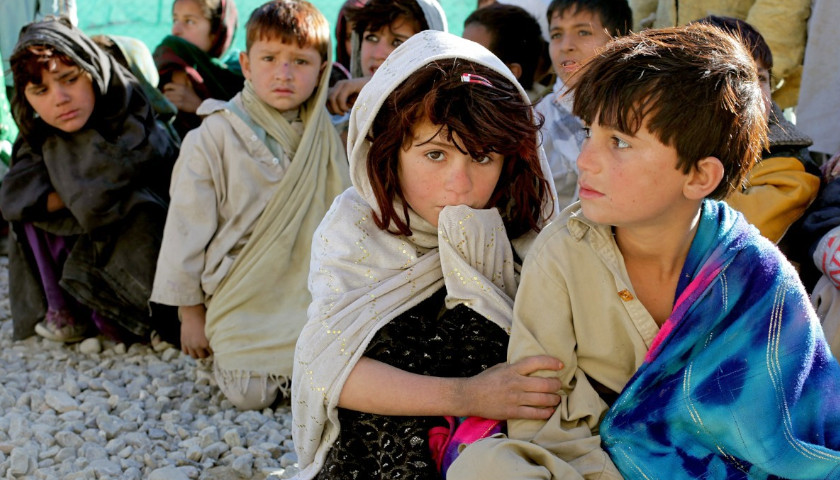 According to non-profit Samaritas, a Michigan refugee resettlement group that has been providing homes for displaced migrants since 1934, it will be resettling at least 350 Afghan refugees in Michigan.

“What I can tell you is that Samaritas is committed to serving at least 350 refugees from Afghanistan,” Kelli Dobner, an executive with the organization, told 9&10 News. “Men, women and children.”

Dobner said that the state “has always been a haven for refugees.”

Samaritas was formerly known as Lutheran Social Services of Michigan, which is the same group that is leading the resettlement of at least 200 Afghan refugees in Arizona, and possibly up to 800.

Samaritas said it is trying to raise $430,000 to cover the costs of the resettlements. That money will be spent on food, clothing, rent, utilities, and other necessities, the organization said.

Gov. Gretchen Whitmer (D) also weighed in on the resettlement, saying that she does not know exactly how many refugees will end up in Michigan.

“At this juncture we don’t have a number. We’re going to stay close with the federal government,” Whitmer said. “We have said when Afghan people are resettled, and they are coming to Michigan, we will work across state government to help make sure that transition is successful.”

“We have a lot to offer and a high quality of life,” she continued. “I think that we’ve got a great story to tell and I do expect that we will be home to some but what that number is, is unknown.”

United States Citizenship and Immigration Services (USCIS) has a standardized process by which it screens all refugees who enter the United States.

“The [Inter-Agency Check] screens biographic data, including names, dates of birth, and other data points of all refugee applicants within designated age ranges,” the website for USCIS says. “The [Resettlement Support Center] captures this information at the time of pre-screening, and USCIS provides it to [Inter-Agency Check] partners, including the National Counterterrorism Center (NCTC). This screening procedure began in 2008 and has expanded over time to include a broader range of applicants and records. This is a recurrent check.”

Pete D’Abrosca is a contributor at The Michigan Star and The Star News Network. Follow Pete on Twitter. Email tips to dabroscareports@gmail.com.