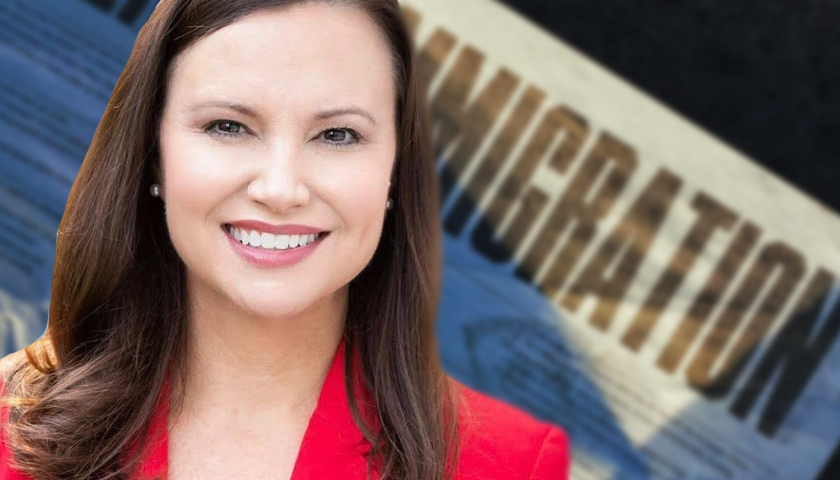 Florida joined a coalition with 17 other states to back on an amicus brief related to the “Remain in Mexico” policy.  The brief is asking the U.S. Fifth Circuit Court of Appeals to deny the Biden administration’s motion for a stay on the Texas Supreme Court ruling to reinstate Migrant Protection Protocols (MPPs).

In the brief, it states, “The border is in crisis. This Administration is increasingly and alarmingly lawless. And the States continue to suffer escalating irreparable harm as the border slips further and further away from the Administration’s control.”

On Wednesday, the office of Florida’s Attorney General Ashley Moody announced her support of the brief in a press release denouncing Biden’s immigration policies that “drastically and intentionally curtails immigration enforcement.”

Biden’s policies were issued in January under Executive Order 13993 known as the Revisions of Civil Immigration Enforcement Policies and Priorities.

According to Wednesday’s press release, “The policy dramatically limits nearly all deportations and immigration-related arrests, including for those convicted of serious and even violent crimes, whom Congress has specifically directed the federal government to arrest and detain.”

Moody said in a statement, “Instead of following the direction of the court to enforce federal law, President Biden is seeking an emergency order to keep his illegal policies in place. Every day he ignores federal law, we become less safe. I am joining my colleagues from 17 other states in calling on the court to deny the Biden administration’s motion to stay as soon as possible so we can end the chaos at our Southern Border and protect the American people.”

Previously in March, Moody filed a lawsuit on behalf of the state, that dealt with the same “reckless” immigration policies by the Biden administration. Moody filed a complaint and a motion for a preliminary injunction against Biden’s policies.

In a press release from March, it states, “As a result of the reversal of President Donald Trump’s and President Barack Obama’s immigration policies, convicted criminals in the country illegally—including drug traffickers, sex offenders and those convicted of domestic violence—will no longer be deported but instead remain in Florida free to commit further offenses.”

With that same sentiment in mind, Wednesday’s press release concludes by saying that Biden’s policies are “encouraging illegal border crossings because migrants know they will not be deported, even if they commit serious crimes.”

It adds that, “since the policy’s implementation in February, apprehensions along the Southern Border have increased every month,” according to a U.S. Border Patrol (USBP) report that is cited in the release.

USPB’s report says that the number of migrant encounters have reached its highest numbers in 21 years, with 200,000 encounters in July alone.

Casey Owens is a contributing writer for The Florida Capital Star. Follow him on Twitter at @cowensreports. Email tips to caseyowensreports@gmail.com.
Photo “Ashley Moody” by Ashley Moody.