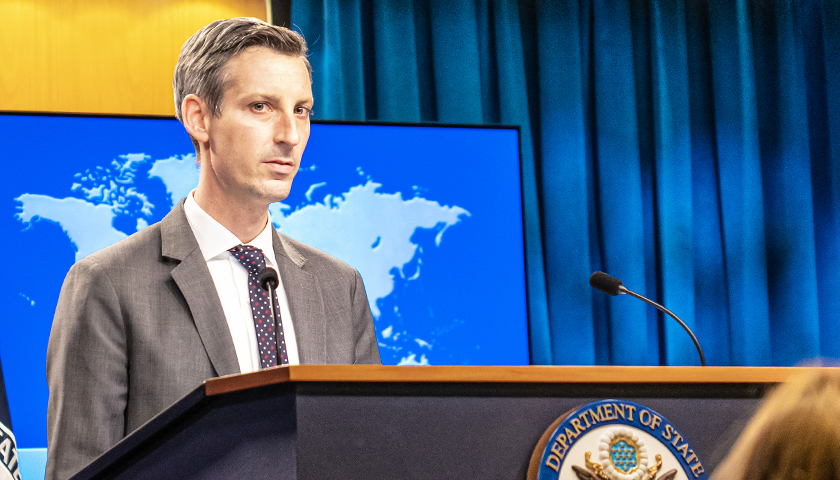 A spokesperson for the State Department said he did not “have data” on whether Americans have been rescued from Afghanistan since the last U.S. flight out of Kabul at a press briefing on Wednesday.

“I don’t have data to provide on that front,” State Department spokesperson Ned Price said at the briefing when asked if he had a number.

The last U.S. aircraft flew out of Kabul Monday. There are between 100 and 200 Americans still in Afghanistan who wish to leave the country, President Joe Biden said Tuesday.

“We are exploring all possible options to bring Americans, to bring LPRs, to bring those to whom we have a special commitment out of Afghanistan, if they should choose to do so,” Price said. “We will communicate directly to them personalized instructions on what they should do, when they should do it and how the United States government feels we are best positioned to do that.”

Live now! @UnderSecStateP Victoria Nuland delivers remarks to the press on Afghanistan, to be followed by a press briefing with @StateDeptSpox Ned Price. https://t.co/rDGpmqMqEk

A majority of special immigrant visa applicants were also left behind, a department official told Politico in a private briefing. Price noted that 77% of those who have arrived in the U.S. between Aug. 17 and 31 as part of the evacuation were Afghans deemed “at risk.”

The State Department also dodged questioning on whether the Biden administration would recognize the Taliban as the official government of Afghanistan.

“We have obviously had contacts with the Taliban — we had it during the effort that we were trying to midwife a negotiation,” Under Secretary of State for Political Affairs Victoria Nuland said at the briefing.

“Those conversations have continued intensively to enable the evacuation that we undertook and to try to get the kinds of guarantees of safe passage and tolerance and to talk about the standard set in the U.N. Security Council resolution, to talk about the terrorist threat as well because the expectation is that — they claimed to be able to control the security of Afghanistan,” she said.