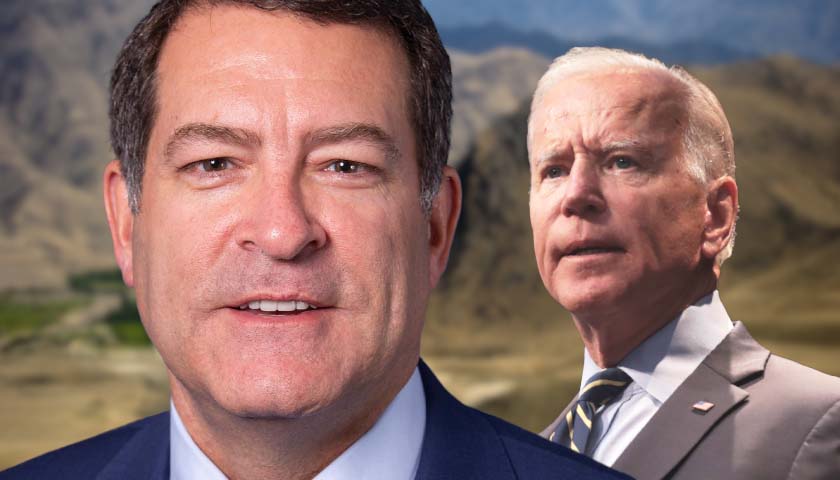 In the nearly three-minute video, Green, a former flight surgeon for the Army who was deployed to Afghanistan, blasted the Biden administration’s decision making.

“President Biden’s catastrophic withdrawal from Afghanistan is a disgrace that has now resulted in the tragic loss of American lives. Our prayers are with the families and loved ones of these heroes. Our so-called Commander in Chief is abandoning Americans, our Afghan allies, and members of NATO who only came to Afghanistan to help us. We are in a crisis of leadership – President Biden has failed,” Green began.

The lawmaker from Tennessee called on President Joe Biden to extend the self-imposed withdrawal date. The deadline will expire on August 31, potentially leaving hundreds of American citizens and Afghan allies in the country.

“Joe Biden’s arbitrary August 31st deadline must be extended until the mission is complete. In war, we make a commitment to leave no one behind. Pulling our troops out of Afghanistan before every American citizen is against every fiber of America’s national character. This is shameful,” Green continued.

Further, the deadline from Biden followed a threat from the Taliban of “consequences” if U.S. forces stayed past the date

“I have seen my brothers and sisters in arms laying in flag-draped coffins. They sacrificed their lives in Afghanistan to protect Americans here at home. Now the Biden administration’s bad planning is putting more of our men and women in uniform at risk. And his decision to leave Americans behind to satisfy the Taliban’s redline is weak and feckless. This lack of leadership is despicable and will only embolden our enemies,” Green ended.