CNN Confirms Biden Administration is Bringing Afghan Refugees to the U.S. with No Paperwork or Vetting 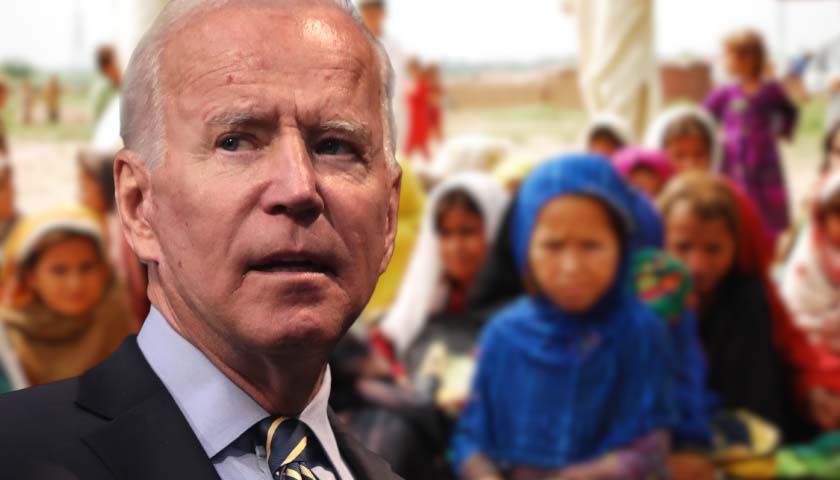 The Biden Administration’s hasty extraction of Afghan refugees to the United States has been so rushed and so sloppy that many are arriving into the country with no documentation to confirm who they even are, Breitbart reports.

Even CNN’s coverage of the debacle confirms the lack of preparation and failure to properly vet refugees. Sources from within the evacuation process told CNN that the goal of the Biden Administration has been to “get as many people on the plane as you can, and we’ll sort out the [paperwork] stuff later.” The same sources added that “some people have landed with no documents whatsoever, creating a very challenging work environment for the officers.”

Many of these planes are bringing such unvetted refugees to the Dulles International Airport in Virginia, resettling them in the United States. Sources from the Department of Homeland Security (DHS) said that while they are occasionally able to identify some individuals without any paperwork, the sheer amount of refugees pouring in have made the process “just a math game” that may or may not yield any results. This has led to the chances of importing terrorists “higher and higher,” according to the DHS source.

Last week, Pentagon officials confirmed that roughly 100 of the 7,000 Afghan refugees imported to the U.S. “as prospective recipients” of the Special Immigrant Visa (SIV) program had been flagged as “potential matches to intelligence agency watch lists” for terrorism suspects. NBC further confirmed that there had been multiple cases of Afghan refugees attempting to board planes to the United States using stolen or fraudulent American passports.

The process of evacuating and importing Afghan refugees continues even as thousands of American citizens remain trapped in the crumbling nation of Afghanistan, which fell to the Taliban on August 15th. The formal withdrawal date for all U.S. forces is tomorrow, August 31st, which many have warned is not enough time to successfully evacuate all remaining Americans. The ongoing catastrophe in Afghanistan has drawn universal condemnation of the Biden Administration for the hasty and poorly-executed withdrawal, botching the peace agreement that had originally been negotiated under President Donald Trump.