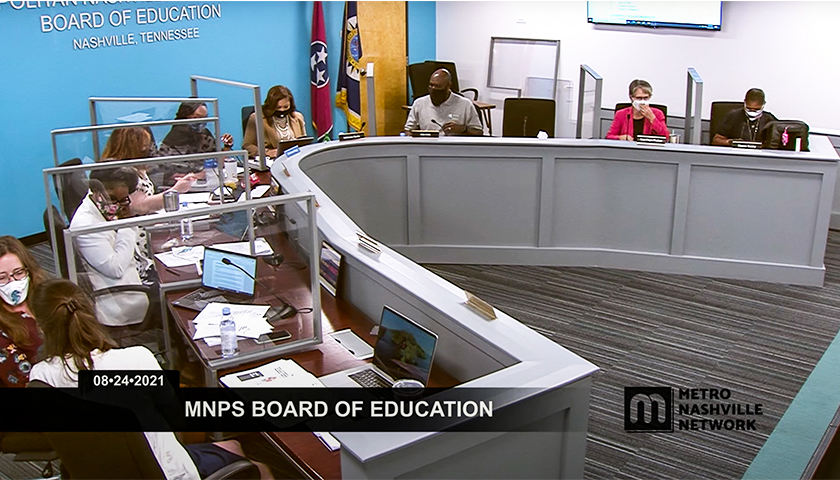 Members of the Metro Nashville School (MNPS) Board this week passed a resolution that they said promotes multicultural education.

Two MNPS school board members told The Tennessee Star Friday that MNPS does not teach CRT.

One board member, Christiane Buggs, said law schools are the only places that teach CRT. Buggs, however, said she is not completely familiar with the concept.

“I have never learned about it [CRT]. It wasn’t until this year when I heard community members demand that we not teach it to kindergarten students that I even heard it was a thing,” Buggs said.

“And then I started asking lawyer friends about it. Some of them couldn’t quite tell me the history of it.”

Buggs said Friday she did not know what CRT teaches.

Despite that, Buggs said this:

“There was a misunderstanding in the community around Critical Race Theory and the politicization of it and the divisive nature of parents misunderstanding something and then weaponizing it,” Buggs said.

Board member Sharon Gentry, referring to this week’s resolution, said she and other board members “are embracing a curriculum that is giving a holistic view of historical events.”

“When I say ‘holistic’ it is about reading texts and introducing other aspects into the conversation to explain not just that there is an inordinate number of people in prison, it actually talks about the historical context that created the environment that contributes to those statistics,” Gentry told The Star.

“It is really giving the backstory and a deeper understanding of the why and when we start to talk about social issues in our country and our city and our state.”

Board member Emily Masters, via text, said Friday that this week’s resolution recognizes individuals and group similarities. The resolution, she said, also recognizes that society must recognize differences to facilitate respect among students.

“It also noted our district’s adoption of curricular materials that adhere to state standards and our intention to stand behind teachers who teach those standards in a manner that represents the truth of our country’s history,” Masters wrote.

“I voted for it because I want students and teachers to know that I support their rights to discuss and explore divergent points of view in classrooms. I believe it is important for students to not only read and comprehend information, but for them to also learn how to analyze that content critically and consider it in the context of their own lives and experiences.”

The Nashville Scene reported that board members passed the resolution unanimously, although board member Fran Bush did not attend the meeting.

Chris Butler is an investigative journalist at The Tennessee Star. Follow Chris on Facebook. Email tips to chrisbutlerjournalist@gmail.com.
Photo “MNPS Board of Education” by Metro Nashville Public Schools.