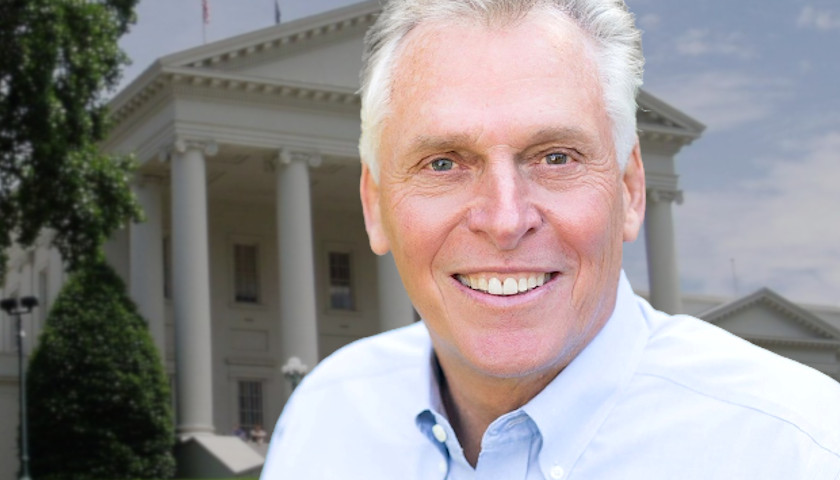 The Republican Party of Virginia (RPV) on Thursday filed a lawsuit alleging Democratic candidate Terry McAuliffe improperly declared his candidacy by not signing a required form.

In the lawsuit, the group is asking the court to provide a ruling that would result in McAuliffe’s disqualification from appearing on any general election ballot.

“The Board’s decision to declare McAuliffe as the Democratic nominee for Governor was based on a Declaration of Candidacy (the ‘Declaration’) that was infected with misrepresentations, false statements, and was materially incomplete,” the official complaint from the group said.

In several locations, McAuliffe’s name is typed, but McAuliffe left the box for a written signature blank.

Furthermore, the declaration does include signatures from two individuals claiming that they witnessed McAuliffe sign the declaration, despite his signature appearing nowhere on the face of the document.

“Free and fair elections are the cornerstone of our democracy, and Terry McAuliffe’s clear violation of the law severely jeopardizes the integrity of our elections in Virginia,” said Republican Party of Virginia Chairman Rich Anderson. “For decades, Terry has used his political connections and proximity to power to avoid consequences for his reckless behavior and disregard for people and laws, but no amount of political favors and back-slapping can refute the fact that McAuliffe is a fraudulent candidate and cannot be Virginia’s next governor.”

However, McAuliffe’s communications director Christina Freundlich seemingly dismissed the lawsuit in a tweet. She connected the lawsuit to former President Donald Trump, although it is unclear how the two are connected.

“Our campaign submitted the required paperwork. This is nothing more than a desperate Trumpian move by the Virginia GOP to deprive voters of a choice in this election because Terry is consistently leading in the polls,” Freundlich claimed.

Our campaign submitted the required paperwork. This is nothing more than a desperate Trumpian move by the Virginia GOP to deprive voters of a choice in this election because Terry is consistently leading in the polls. #VAGov