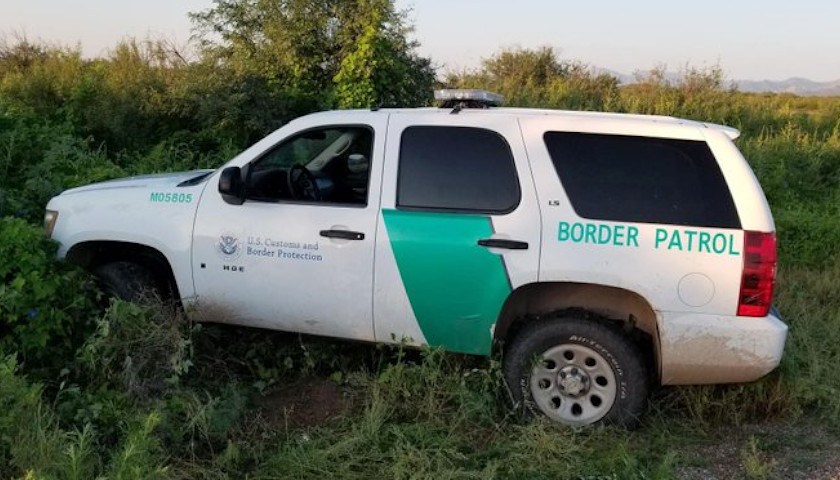 In a creative attempt at smuggling illegal aliens into the United States, a driver was pulled over near Tucson in an SUV painted to replicate those driven by U.S. Customs and Border Protection (CBP).

“This is not a Border Patrol vehicle. [Homeland Security Investigation Phoenix] and [Border Patrol] agents from [Tucson] Station foiled a smuggling attempt using a cloned vehicle and a fake uniform. The driver and 10 migrants were taken into custody,” said Chief Patrol Agent of CBP’s Tucson Sector John R. Modlin on Twitter.

He also posted a photo of the phony vehicle.

This is not a Border Patrol vehicle. @HSIPhoenix and #BorderPatrol agents from #Tucson Station foiled a smuggling attempt using a cloned vehicle and a fake uniform. The driver and 10 migrants were taken into custody. pic.twitter.com/tpl4cLkUhE

According to other reports, the driver of the vehicle was also wearing a fake CBP uniform when he was taken into custody.

The driver’s identity has not yet been released.

Meanwhile, CBP is dealing with an unprecedented surge of illegal aliens since the Biden administration took over. In July alone, CBP encountered 212,000 illegal aliens crossing into the United States. Countless others likely crossed without being detected.

Three illegal aliens died in a fiery crash after a chase with CBP in mid-August. Like the phony CBP SUV, the vehicle they were riding in was occupied by a double-digit number of people being smuggled into the United States — 11 in total.

Pete D’Abrosca is a contributor at The Arizona Sun Times and The Star News Network. Follow Pete on Twitter. Email tips to dabroscareports@gmail.com.