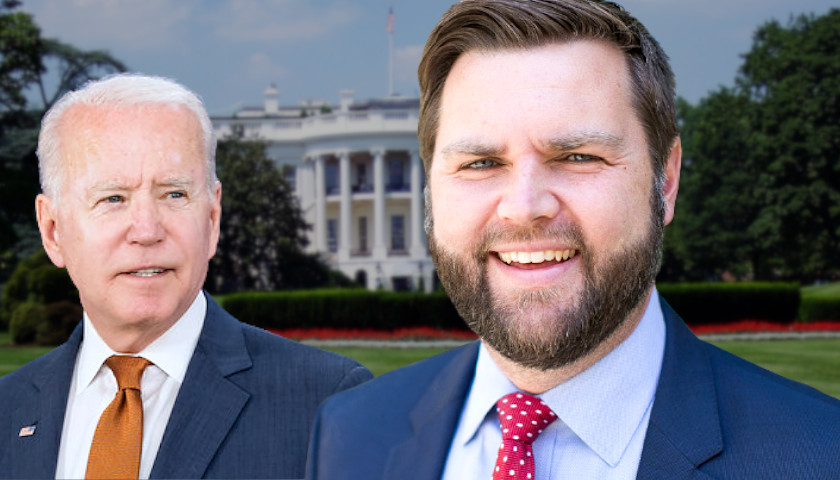 The statement from Vance follows two explosions that were reported in Kabul, Afghanistan, the center of evacuation efforts carried out by the United States. In the explosion, dozens of individuals were killed and injured, including at least 11 U.S. Marines.

According to numerous reports, a suicide bomb exploded outside the Hamid Karzai International Airport (HKIA), and another bomb followed at the nearby Baron Hotel, where American citizens have been gathering for rescue and evacuation.

“Brave American service men and women senselessly lost their lives today. I’m praying for them and their loved ones and all of those who are still stuck in Kabul. The US’ withdrawal did not have to be this way, and I’m infuriated that the Biden Administration allowed this to happen,” Vance said.

However, Vance went further in his criticism of Biden’s decisions and the events that have unfolded in Afghanistan. Vance joined a growing group of lawmakers to call on Biden to resign.

“Today’s tragedy is the result of Joe Biden’s incompetence and refusal to deal with a serious situation that continues to engulf and ruin American lives. He has proven to be a failure for the American people. He should resign,” Vance explained.

“This botched withdrawal is currently threatening the lives of our servicemen and women, the stability in the region, and our integrity on the global stage,” Donalds said. “As Commander-in-Chief, Biden is directly responsible for commanding our brave troops with a coherent, strategically intelligent, and sound operation that keeps our Armed Services, citizens, and allied partners out of harm’s way. He has failed on all fronts,” he told the Daily Caller.