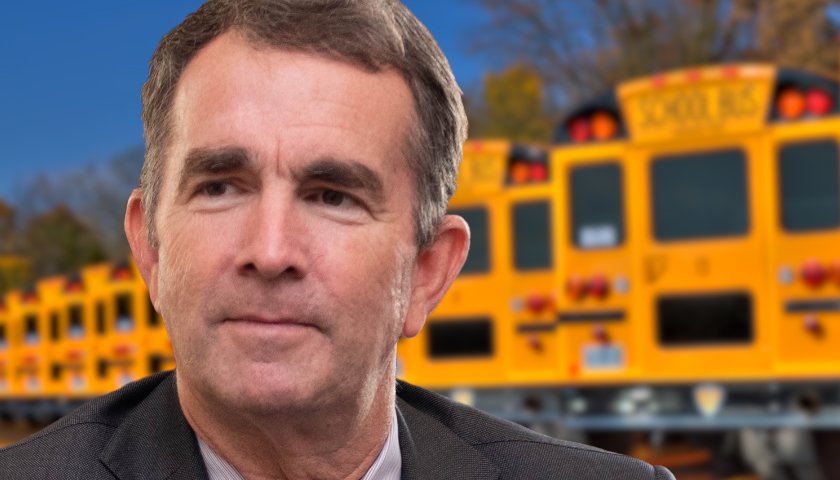 In an effort to reduce carbon emissions, Virginia awarded $10.5 million worth of grants to 19 local school districts to replace diesel-fueled school buses with clean energy alternatives.

The state funds will replace 83 diesel buses throughout the commonwealth with either propane or electric buses. The money is provided by the Virginia Department of Environmental Quality through the Volkswagen Environmental Mitigation Trust. Money for the fund was provided to Virginia and other states after a settlement with Volkswagen after they were accused of violating the Clean Air Act by selling 500,000 vehicles that the federal government said caused more pollution than was permissible.

“We all benefit from transitioning away from diesel school buses and investing in clean alternatives for our transportation system,” Gov. Ralph Northam (pictured above) said in a statement. “I know how important clean air is for children’s health. Since I took office, the Commonwealth has been focused on transforming the electric grid, developing clean energy resources, and addressing the climate crisis through initiatives that allow Virginia to invest in a clean and healthy future.”

Other localities that received funds include Augusta County, Culpeper County, Falls Church City and Middlesex County, which received more than $500,000 each.

“Virginia’s investments in electrifying the school bus fleets is an important and critical part of our comprehensive approach to reducing pollution,” Department of Environmental Quality Director David Paylor said in a statement. “Collectively, the replacement of these school buses is calculated to reduce carbon dioxide emissions by 10,000 tons per year, and will save one million gallons of diesel fuel, equivalent to removing 2,000 cars from the road.”

The Department of Environmental Quality received about $93.6 million through the Volkswagen settlement and has distributed $62 million to various projects. This includes money for electric, school and and shuttle buses, electric equipment at the Port of Virginia and funding to develop a statewide electric-vehicle charging network.

Virginia will provide another round of funding for school buses and the department will begin taking applications for the grant funds in October.

Tyler Arnold is a reporter for The Center Square.
Photo “Ralph Northam” by Governor of Virginia. Background Photo “School buses in the fall” by Larry Darling. CC BY-NC 2.0.