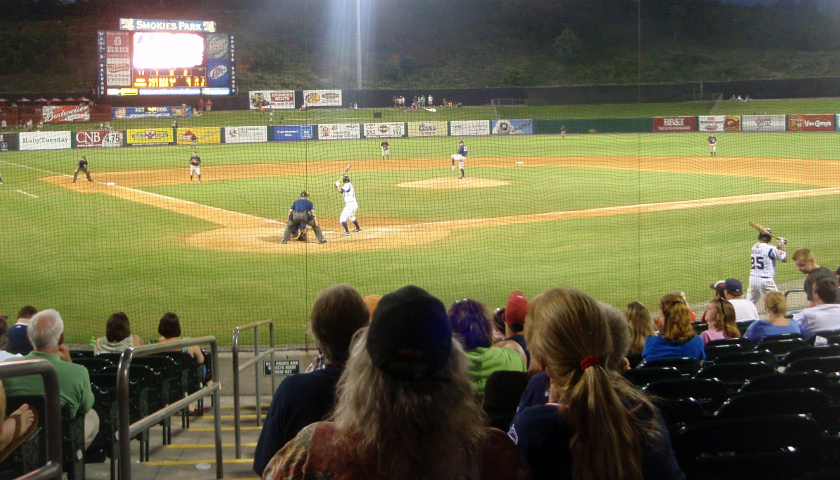 The estimated cost of a minor-league baseball stadium in Knoxville that primarily will be taxpayer-funded has gone up $15 million to $90 million, according to estimates released this week.

The stadium will be the home to the Tennessee Smokies baseball team and a professional soccer team. The Smokies are owned by Randy Boyd, president of the University of Tennessee System.

Boyd will be responsible for $9 million of the cost increase, created in large part because of an increase in construction material costs. The remainder will be publicly funded.

The state of Tennessee granted $13.5 million to the stadium project while Boyd and GEM Community Development Group have spent $10 million on land-purchase costs in the Old Town area of Knoxville.

A portion of that debt will be paid by the Smokies, a Chicago Cubs minor-league affiliate and the stadium’s primary tenant. The Smokies will pay $1 million annually in rent, but the complex also will host concerts and the soccer team.

“It will be open 365 days per year,” Sen. Becky Duncan Massey, R-Knoxville, said during discussions of a funding bill for the stadium. “The general public can go in when no ticketed event is taking place.”

An estimated $142 million mixed-use development surrounding the stadium will include 630,000 square feet of residential space, restaurants and retail in the ballpark vicinity.

A bill signed by Gov. Bill Lee in May will allow sales tax revenue from the stadium and the surrounding development – beyond the initial 1.5% that will go to the state for education – to be captured and used to pay off debt on the stadium. The state of Tennessee levies a 5.5% sales tax, and Knox County imposes a 2.5% tax.

An agreement with that tax legislation promised $100 million in private funds will be spent on the mixed-use development surrounding the stadium, which is scheduled to open July 1, 2023.

“This is unique from any other legislation we’ve ever passed where the owner of the Smokies is guaranteeing $100 million in private development around that stadium that will create those 3,000 jobs and have a tremendous economic impact in a blighted area that has looked that way since the ‘70s,” Rep. Jason Zachary, R-Knoxville, said during discussion of the bill. “So this is a significant move forward for the East Knoxville community, and it will do for East Knoxville what East Towne Mall and Turkey Creek have done for West Knoxville.”

Part of the reasoning for the bill and public funds for the stadium was an economic impact study, which said the complex and surrounding area would create 3,000 jobs.

The study, by Conventions, Sports & Leisure International, estimated the stadium could have a direct $281.9 million in spending over a 30-year period and a total economic impact of $489.7 million over that period. Total impact is a multiplication of direct spending because of indirect impacts that “consist of the re-spending of the initial or direct expenditures. These indirect impacts extend further as the dollars constituting the direct expenditures continue to change hands.”

Sports stadium economic impact studies, however, have been criticized by economists who contest that “estimations of the economic impact of sports stadiums are exaggerated because they fail to recognize opportunity costs. Consumers who spend money on sporting events would likely spend the money on other forms of entertainment, which has a similar economic impact. Rather than subsidizing sports stadiums, governments could finance other projects such as infrastructure or education that have the potential to increase productivity and promote economic growth,” according to Scott Wolla, a senior economic education specialist.