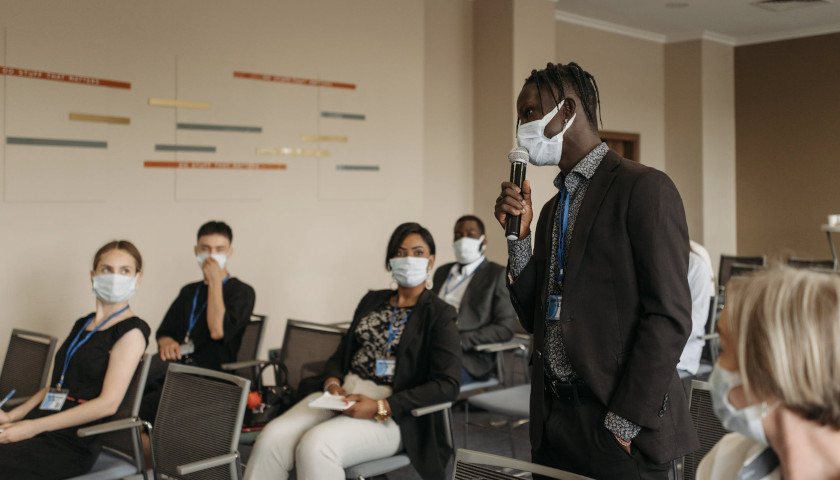 The Knox County Sheriff’s Office announced Tuesday that it will not enforce the indoor mask mandate that Gambier passed this week.

“If you have read information from the Gambier ordinance concerning the mask mandate, it indicates a $25 fine and the Knox County Sheriff’s Office is the enforcing body,” the sheriff’s office said. “I have spoken with Mayor [Leeman] Kessler and informed him that deputies will not be citing anyone for violations. We will not put deputies in that situation. We have not enforced mask mandates in the past, and we will not enforce this mandate.”

Kessler said at the meeting the mandate covers everyone in town including schools and businesses, according to Knox Pages.

“This is one way that our community has looked to be in compliance with what Knox Public Health is asking us to do, what the CDC and Ohio Department of Health is asking, what the governor is asking,” the mayor said. “Indoor masking has been recognized as the best way to slow the spread of this particular virus and its variants that we’re seeing right now. This is the tool the village has in-place.”

However, evidence showing that indoor mask usage is an effective means to stop the spread of COVID-19 or any of its variants – particularly in children – is lacking. As reported in The Ohio Star, statistician Jeffrey H. Anderson, who has examined randomized controlled trials, said “governmental organizations like the CDC and the World Health Organization have relied too little on randomized controlled trials (RCTs).”

“It’s striking how much the CDC, in marshaling evidence to justify its revised mask guidance, studiously avoids mentioning randomized controlled trials,” Anderson observes; adding, “RCTs are uniformly regarded as the gold standard in medical research, yet the CDC basically ignores them apart from disparaging certain ones that particularly contradict the agency’s position.”

In Knox County, 37 percent of its residents have received the coronavirus vaccine, according to the Ohio Department of Health (ODH).

Vaccine usage in Knox County has decreased throughout the year, according to ODH data. On March 31, 924 people received a vaccine. Almost six months later, the number of people who received the vaccine on August 17 was 23.