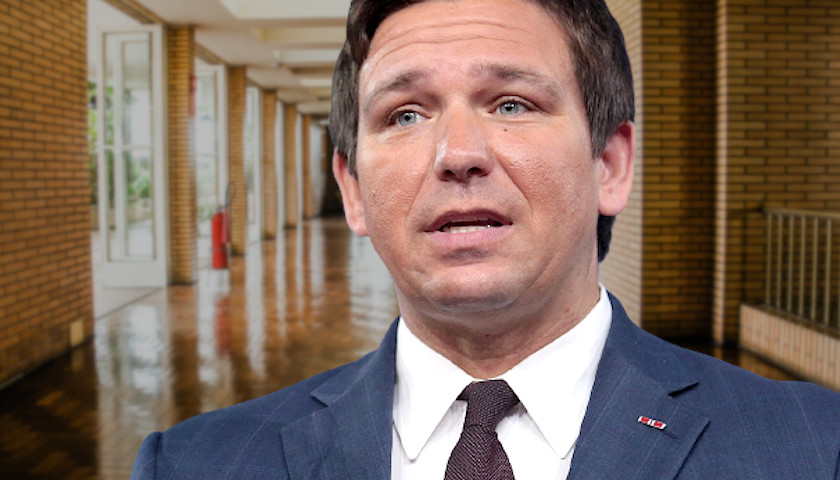 The Miami-Dade Public School Board voted to impose a district-wide school mask mandate only providing a medical opt-out form. The board’s final vote was 7-1, after Superintendent Alberto Carvalho already expressed his support for a mask mandate.

Miami-Dade joins two other districts, Alachua and Broward, who are imposing a mask mandate illegally. Florida Gov. Ron DeSantis signed an executive order banning mask mandates in Florida’s schools, and the Florida Board of Education (BOE) districts defying the order are outside of state law. Rogue districts are also at-risk of losing funding from the state over the mask mandate, according to the BOE.

Carvalho previously spoke with Miami-based medical professionals who also expressed their support for a mask mandate.

“I am accepting 100 percent of their recommendations specific to the protocols, inclusive of mandatory masking,” said Carvalho, who also said the death of one child is enough of a reason to impose the mandate.

“Over the last week, I’ve spoken with family members of a child of 13 years old who died, with spouses of teachers who perished as a result of this pandemic,” Carvalho said. “I don’t know what the threshold for pain in this community is for those who believe the impact or the probability of a child who contracted COVID who developed symptoms and has to go to the hospital, but for me, one single child is enough of a reason.”

“We are excited about welcoming our students back into our classrooms while trying our best to keep them safe and helping them thrive through,” said Dade teachers’ union president Karla Hernandez-Mats.

DeSantis has said the decision to wear a mask for a child is not for a school board to decide but is the parents’ decision.

“It is prudent to protect the ability of parents to make decisions regarding the wearing of masks by their children,” said DeSantis last month.

DeSantis also pointed out measures like mask mandates are an attempt to put pressure on the American people to comply.

“If you listen to some of the stuff that’s being percolated around the CDC, there’s a movement to try to impose more restrictions on the American people,” said DeSantis.

Earlier this week, Florida Education Commissioner Richard Corcoran said the Florida BOE determined that probable cause had existed to open investigations into the districts who are imposing the mask mandates illegally.