Arizona Gov. Ducey Calls for Afghan Refugees Even as Thousands of Americans Still Remain in Afghanistan 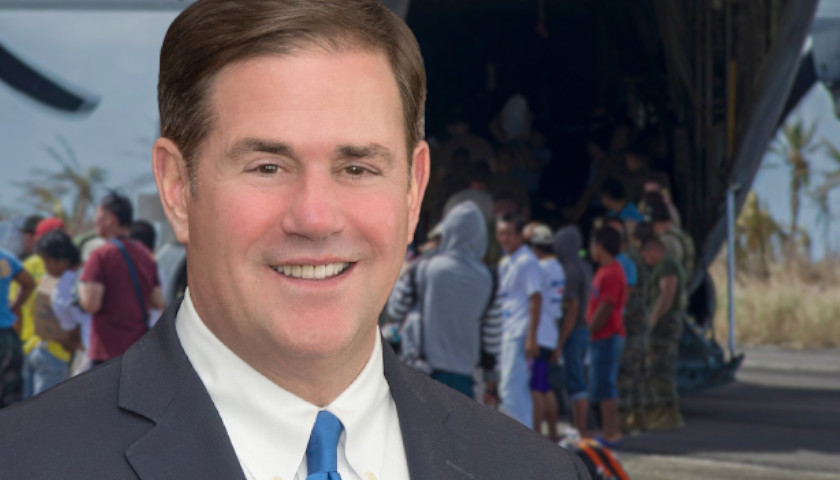 “The Afghans fleeing the Taliban regime served alongside America’s military forces and fought for freedom,” the press release states. “We’re grateful for their efforts and Arizona wholeheartedly welcomes our fair share of the refugees in our state.”

The press release does not say how many refugees the state would welcome from Afghanistan, but Ducey and Bowers blamed the refugee situation on President Joe Biden.

“These refugees are in this position because of President Biden’s negligence and inability to lead,” the Arizona elected officials said. “His failure on this issue is a threat not just to the progress done for the people of Afghanistan, but also to the national security of the United States and our allies around the world.

“Despite the president’s poor response to growing tensions in the Middle East, Arizona recognizes the service of thousands of Afghans over the last 20 years,” Ducey and Bowers added. “As refugees come and find homes in states across the nation, we welcome them to our state full of opportunity and choice, and we’re working closely with federal and state officials to offer them safety in Arizona.

Ducey is not the only Republican governor to say its state will welcome Afghan refugees. On Tuesday, Georgia Gov. Brian Kemp said he is open to taking in Afghan refugees, according to The Atlanta Journal-Constitution.

Even as these states call for more refugees, Americans are still stranded in Afghanistan. According to The Washington Post, up to 15,000 American citizens remain in the country.

Biden said Wednesday that troops will stay longer than August 31 to get every American out of Afghanistan.

Last Sunday, the Taliban took over Afghanistan’s capital Kabul after the country’s government collapsed and President Ashraf Ghani, who is now in the United Arab Emirates, departed the country.

Biden during a July 8 speech said the “U.S. military mission” would end in Afghanistan on August 31, according to CNBC. Also, during the speech, Biden denied that intelligence officials had told him that Afghanistan’s government would collapse.

The process to remove troops from Afghanistan started after the Taliban and former President Donald Trump reached a peace deal in February 2020.