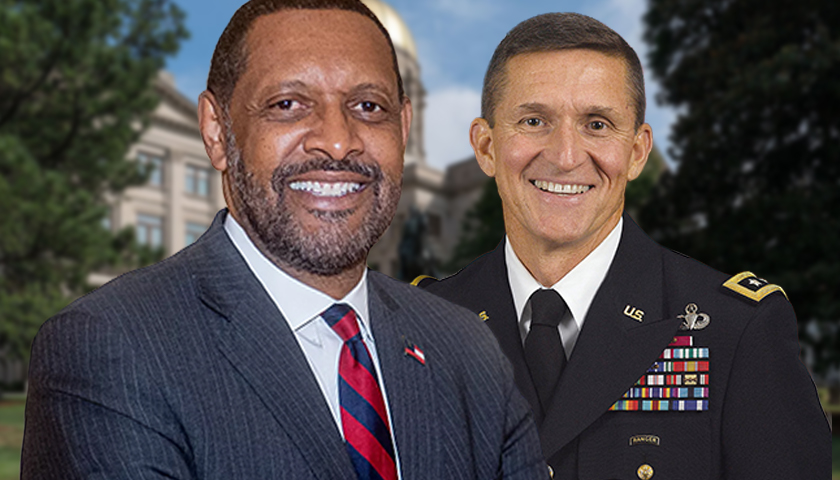 Jones emailed supporters and said Flynn will appear with him at the following Take Back Georgia rallies:

Jones, referring to the November 2020 presidential election, last month asked for a forensic audit of all of the state’s 159 counties.

Jones said he was glad to know that Georgia Speaker of the House David Ralston (R-Blue Ridge) had called upon the Georgia Bureau of Investigation (GBI) to look into alleged voting fraud in Fulton County.

Jones announced his candidacy for governor in April. At the time, he said Georgia Governor Brian Kemp’s job performance, especially when it came to ensuring “a free, fair, and transparent election,” had fallen short.

According to Ballotpedia, Jones served in the Georgia House of Representatives as a Democrat between 2017 until January of this year. He left the Democratic Party in 2021 and switched to the GOP.

Former U.S. President Donald Trump pardoned Flynn in November, bringing to an end a nearly three-year legal battle that began with the retired general’s guilty plea as part of the special counsel’s probe.

Chris Butler is an investigative journalist at The Tennessee Star. Follow Chris on Facebook. Email tips to chrisbutlerjournalist@gmail.com.
Photos “Vernon Jones” by Jones for Georgia and “Georgia State Capitol” by DXR (CC BY-SA 4.0).