U.S. Senators Call for Investigation into Michigan and Other States that Sent COVID Patients to Nursing Homes 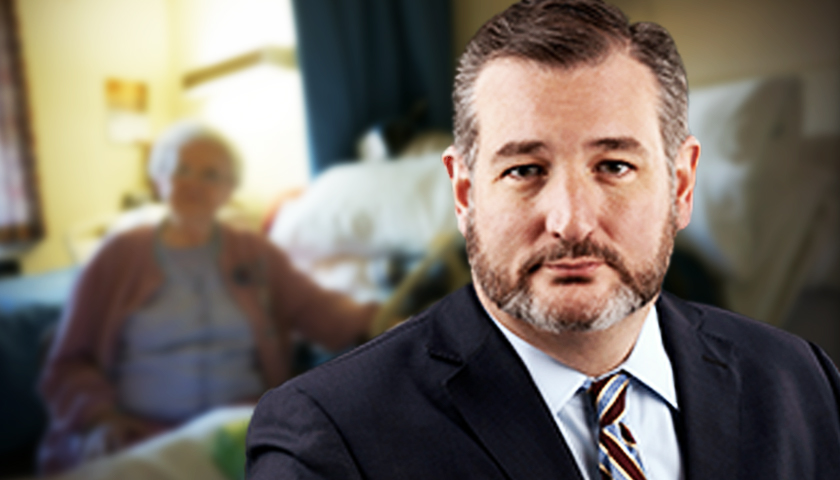 Republican members of the U.S. Senate Judiciary Committee Friday urged that committee’s chair to commence an investigation into the decisions of Michigan Governor Gretchen Whitmer (D) and several other governors to discharge COVID-19-infected patients into their states’ nursing homes in 2020.

In addition to Whitmer, Tom Wolf (D-PA), Andrew Cuomo (D-NY), and Phil Murphy (D-NJ) are specifically criticized in the letter written to Senate Judiciary Committee Chairman Dick Durbin (D-IL). Several of the letter’s signatories wrote to him in February to open such an investigation but indicated they received no response.

Judiciary Committee Ranking Member Chuck Grassley (R-IA) and other committee Republicans insisted that a congressional inquiry into this matter is all the more urgent since the Biden administration has said it does not plan to probe the actions of Michigan, Pennsylvania or New York in this regard. The senators raised the possibility that President Joe Biden and Attorney General Merrick Garland may be declining to investigate Democrats out of party loyalty.

“Congressional oversight is needed to ensure the protection of seniors’ civil rights and to seek justice for seniors in long-term care facilities who lost their lives to COVID-19, given the Department of Justice’s Civil Rights Division’s recent announcement that it will not ‘open a CRIPA [Civil Rights of Institutionalized Persons Act] investigation of any public nursing facility within New York, Pennsylvania, or Michigan at this time,’” the senators wrote. “This decision not to pursue potential civil rights violations in states with high-profile Democrat governors raises serious concerns that the Biden administration is acting based on politics, not the law.”

The Senate letter’s authors aimed particularly sharp contempt at Cuomo – who last week announced he will soon resign over numerous allegations of sexual misconduct – for the New York governor’s lack of transparency over the number of COVID-related deaths in nursing facilities. Last January, at a time when the novel coronavirus had killed about 15,000 people in New York’s elderly care facilities, the state reported only 8,500 such deaths.

Judiciary Committee Republicans cited the billions of dollars the federal government has sent to Michigan, New York, New Jersey and Pennsylvania in response to COVID as reason to investigate those states’ actions, which the senators say likely cost lives. By instructing nursing homes to accept those infected with the novel coronavirus, these states’ governors contravened guidance from the Centers for Disease Control and Prevention stating that hospitals should only release COVID patients into long-term care facilities if “the selected long-term care facility [is] able to safely care for a patient recovering from the virus by implementing all recommended infection control procedures.”

Across the U.S., 133,519 nursing-home residents have died since the onset of the COVID pandemic last year, according to the Center for Medicare and Medicaid Services. In Michigan, 5,758 have died in such facilities.

Last August, the Trump administration asked states that sent COVID-positive seniors into long-term care institutions to provide relevant data to the Justice Department but President Joe Biden would later drop that inquiry. Rep. Lisa McClain (R-MI-10) has asked the department’s Inspector General to look into why it was dropped.

“My expectations [for answers] are low because all [Whitmer] has done is continue to hide things,” McClain said on Fox News on Friday. “And I think the people of Michigan deserve some answers, deserve some transparency.”

This summer, the GOP-led Michigan House Oversight Committee successfully petitioned Michigan’s Auditor General Doug Ringler to examine the outcome of Whitmer’s nursing-home policy and any possible understating of the COVID death toll resulting from it. The results of that review are expected to become public in September or October.

Bradley Vasoli is a reporter at The Michigan Star and The Star News Network. Follow Brad on Twitter at @BVasoli. Email tips to bradvasoliwriter@gmail.com.