Commentary: The One Hundred Year Road to Critical Race Theory 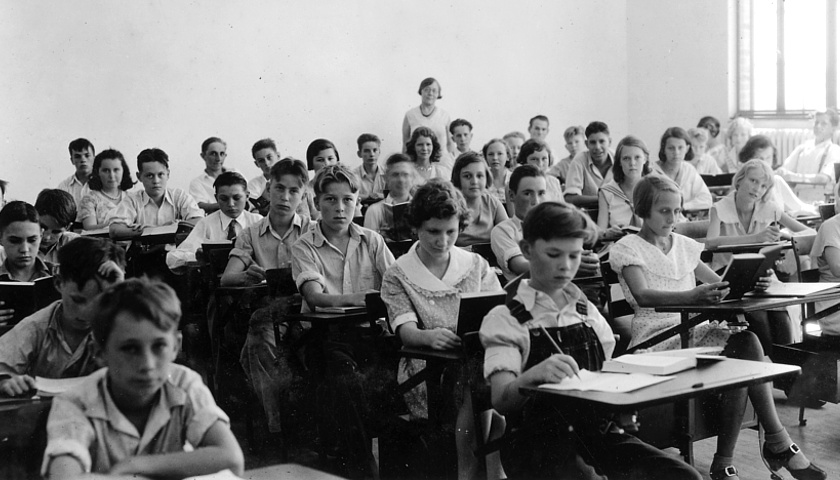 While critical race theory has rightfully garnered much attention of late, it is simply the latest step in advancing what is known as cultural Marxism. Many people lay the origins of America’s left turn to the 1960s, but in fact, it actually dates back to the Progressive Era, a time of social and political reform that started over a hundred years ago. While eliminating some government corruption and granting suffrage for women were positive steps, the early 20th century movement ushered in an era of radical thought that has never left us. What follows are a few stand-out points of the far-left’s invasion into education.

“The purpose of a university should be to make a son as unlike his father as possible.” These radical words were uttered in 1909 by Woodrow Wilson as president of Princeton, four years before he became the 28th president of the U.S. (When Wilson won his election in 2012, socialist Eugene Debs received 6 percent of the vote.) 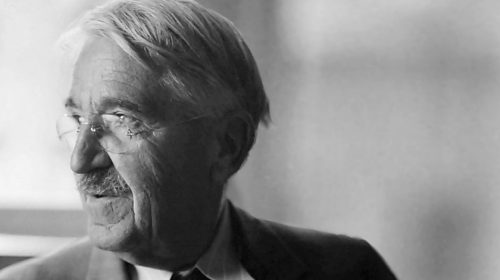 “I believe that education is the fundamental method of social progress and reform.” – John Dewey

In 1916, education reformer John Dewey began professing what we now call “social justice.” At the same time, Antonio Gramsci, an Italian Marxist came upon the scene. He believed that it was most effective to spread revolutionary ideology slowly and incrementally. By doing it gradually, he thought that enough people would eventually be won over to Marxist thought. His approach eventually became known as the “long march through the institutions.”

In 1923, a group of professors known as the Frankfurt School, came to the fore. These German Marxists – notably Theodore Adorno, Max Horkheimer, and Herbert Marcuse – hated capitalism and traditional morals. (Marcuse’s dreary One-Dimensional Man was omnipresent when I went to college in the late 1960s.) The professors did not stay in their homeland long, however. Adolph Hitler’s rise to power forced them out of Germany, and unfortunately, they reemerged at Columbia University in New York City in 1935.

The 1940s saw the country involved with World War II, and we then focused on regaining domestic tranquility in the 1950s. But things became unhinged in the 1960s. Radicals ruled many college campuses and Saul Alinsky, the uber-leftist community organizer, was hired by the National Education Association as a trainer. John Lloyd, an NEA insider at the time, warned that to understand the union one must learn about Alinsky. Reading Rules for Radicals, will help one “understand NEA more profoundly than reading anything else,” he said, because the organization was modeled on Alinsky’s precepts, which the union used to train its staff.

In 1970, Paolo Freire’s “Pedagogy of the Oppressed” became all the rage in education schools. Rife with class warfare, Freire’s work stressed the relationship between oppressors and the oppressed.

Published in 1980, Howard Zinn’s A People’s History of the United States became extremely popular and still dominates our classrooms. Zinn insisted that teaching of history “should serve society in some way” and that “Objectivity is impossible and it is also undesirable.” When called on the carpet for writing a history book that played very fast and loose with the facts, Zinn freely admitted it, saying that his hope in writing the book was to create a revolution. It is estimated that almost five million copies of the book have been sold, mostly to high school and college students.

By the time I went to ed school in the late 1980s, all the leftist ideas hatched throughout the century had become mainstream. We had to confront our various “isms” – race, sex, etc., and multiculturalism and culturally responsive education were the order of the day.

When I began teaching full time in the 1990s, I saw the progressive infestation up close and personal. The holidays my middle school celebrated were Latino Heritage Day, Hawaiian Day, Underground Railroad Day, and Harvey Milk Day. Nov 20th was somberly acknowledged as the Transgender Day of Remembrance. Additionally, revolutionary Che Guevara, who once said that killing made his “nostrils dilate while savoring the acrid odor of gunpowder and blood” was a hero to many teachers, several of whom had posters of the cold-blooded, mass murderer on the walls of their classrooms.

But at the same time my school celebrated various special interest groups, traditional American holidays were ignored. Veteran’s Day? Memorial Day? The only mention they received at my school was because of my insistence on getting on the PA in the morning, talking about the holidays and their meaning, and giving a shout-out to the teachers on our campus who had served in the military.

In 2005, activist Janet Levy hosted an immigration conference in Los Angeles. She mentioned to me that Colorado Congressman Tom Tancredo, who was very concerned about the multiculturalist turn in our schools, was looking for boots-on-the-ground stories, and suggested I hook up with him. I immediately sent the congressman a letter which he was very taken with, notably the explanation of my school’s Multicultural Festival, which in the prior year featured an activist who bizarrely claimed we needed to stop spending money on war and buy more school books. There was also a salacious African fertility dance put on by 11- to 13-year-olds. Another part of the program featured a former street thug who regaled the kids with some pretty graphic stories about his life. He was supposed to “scare the kids straight,” but in fact, the tales which included girls and fancy cars sounded pretty glamorous to quite a few of the boys. Interestingly, this festival was always held on the Friday before Memorial Day, which was never acknowledged at the day-long event.

In the 16 years since writing the missive to Tancredo, the long march through the institutions has continued. With critical race theory currently making its way into classrooms across the United States, I wonder how much more we can take before the country – as we have known it – is lost.

Larry Sand, a former classroom teacher, is the president of the non-profit California Teachers Empowerment Network—a nonpartisan, non-political group dedicated to providing teachers and the general public with reliable and balanced information about professional affiliations and positions on educational issues. The views presented here are strictly his own.