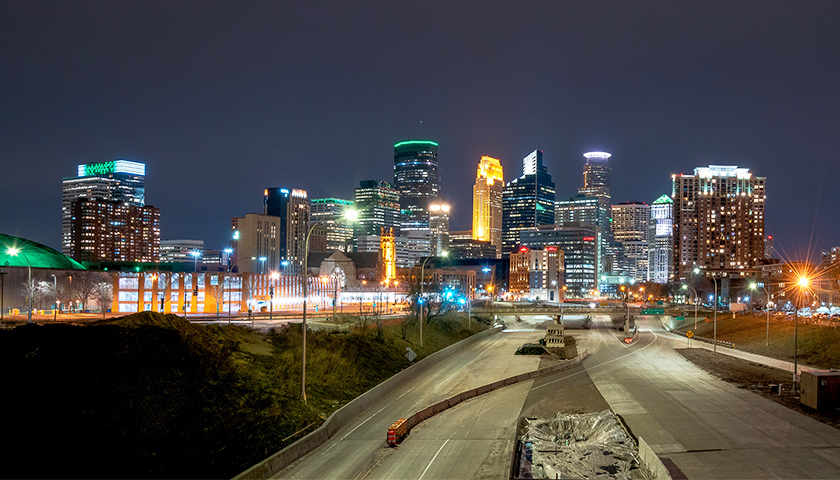 The physical return of people to downtown Minneapolis offices expected after Labor Day likely will not transpire to the degree expected just a month ago.

It’s been a troubling time across the Twin Cities.

The city then suffered through a summer of rampant violence and rioting, due to Black Lives Matter and radical activists in the aftermath of George Floyd’s death.

This led to calls to “defund police” from Rep. Ilhan Omar and the Minneapolis City Council.

Studies show Minneapolis has since experienced one of the largest homicide increases in the nation. While the riots and looting died down, violent crime has not relented one iota, causing many to fear being near downtown at night.

Due to unrest and mental health struggles, more than 200 officers left the Minneapolis Police Department in the months following the Floyd tragedy and the destruction that followed.

Now comes the Delta variant, with caution about working in crowded settings, regardless of vaccination status; companies quickly buckled to ongoing alarmism.

Wells Fargo, Minneapolis’ third largest employer, and U.S. Bancorp, the fifth largest, both delayed their back-to-office plans until at least October. These two companies have over 12,000 combined employees.

Target, the progressive icon and largest employer in downtown Minneapolis at 8,500 workers, announced Friday its employees can work remotely the rest of 2021.

Greater Twin Cities United Way planned to reopen its downtown Minneapolis office in September but may push its reopening into late this year or early next.

“Most employers, as they bring workers back to the office, are going to be doing that under a flexible work policy,” Steve Cramer, president of the Minneapolis Downtown Council, told KARE 11 last week. “More work from home, maybe in the office three days a week, something like that. We’ll know more in the next week or so in terms of if this is going to be a trend. I think it likely is going to be (a trend) and think what it does, from my perspective, is it just flattens and elongates the curve of people coming back to the office.”

And then there are demands.

The union representing roughly 13,000 workers at Minnesota grocery stores is pushing to reinstate hazard pay that was offered earlier in the pandemic.

While supermarkets have remained open throughout the pandemic, about three in four restaurants and retailers are now open in downtown Minneapolis, but only 35% of offices are currently occupied. These numbers are, however, up from the depths of the pandemic, and the recent return of baseball, concerts, and other downtown events helped the local economy rebound.

Football season is on the horizon, too. The NFL says teams will forfeit games this season if too many players are benched due to the virus.

Minnesota Vikings quarterback Kirk Cousins already missed time this month when another player tested positive for COVID-19. Cousins is not vaccinated, which caused sports media and corporations to attempt to cancel him. The Vikings will offer COVID vaccinations to fans attending preseason games on August 14 and 21.

A.J. Kaufman is the senior columnist for Alpha News. His work has appeared in RealClearPolitics, the Baltimore Sun, Florida Sun-Sentinel, Indianapolis Star, Minneapolis Star-Tribune, Orange County Register, St. Cloud Times, and across the Internet. A University of California graduate with a degree in political science, Kaufman previously worked as a school teacher and military historian.
Photo “Minneapolis” by Chad Davis (CC BY-SA 2.0).