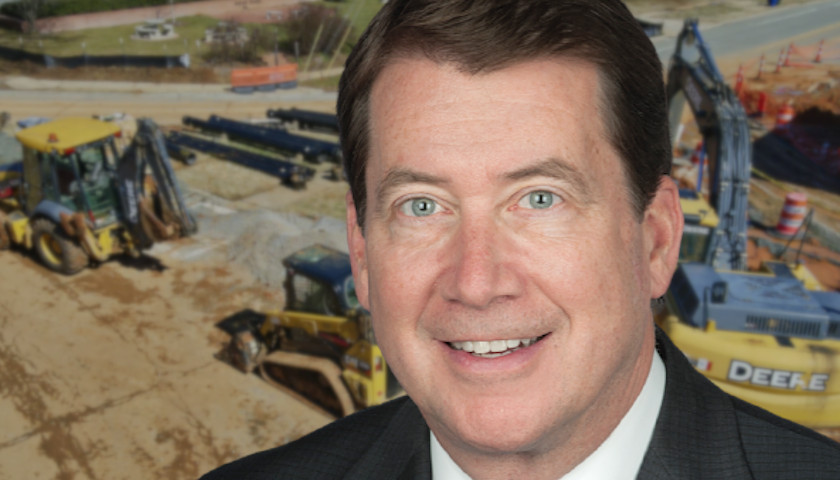 By a vote of 69 to 30, the U.S. Senate on Tuesday passed a $1.2 billion infrastructure bill that Senator Bill Hagerty (R-TN) warns is an endeavor to “fundamentally move America toward Western-Europe-style socialism.”

“Investing in infrastructure the right way is a wise investment in America’s future and in our long-term competitiveness, but that’s not what we’re being asked to vote on here,” Hagerty told fellow senators in the run-up to Tuesday’s vote. “Rather, we have a package with some infrastructure—good for our economy—yet it’s riddled with big-government, massive-deficit spending: over $1 trillion in the hole. And we want to rush through this as quickly as possible?”

Hagerty extended the time period the Senate had to consider the legislation by a few days, refusing to consent to fast-tracking it last week. It nevertheless passed with the votes of all Democrats and 19 Republicans, including Senate Minority Leader Mitch McConnell (R-KY). Hagerty’s fellow Tennessee Republican Sen. Marsha Blackburn voted to oppose the bill.

“Tennesseans are all for legislation focused on roads and bridges, but the Democrat spending spree is far from that,” Blackburn said in a statement. “Joe Biden has allowed his party to mortgage our children’s future by forcing through a bill that will add at least $256 billion to the deficit. The infrastructure bill is not paid for and will take even more money out of Tennesseans’ hard-earned paychecks.”

Blackburn was referring to an analysis by the nonpartisan Congressional Budget Office that applies to just the current $1.2 trillion version of the infrastructure package. Senate Democrats have indicated they hope to enlarge the original legislation to $3.5 trillion in spending, encompassing items well beyond the roads, bridges, broadband expansion, drinking-water improvements and electric-vehicle charging that are part of the Senate-passed bill. They expect to pass the enlarged legislation through a part of the budgeting process known as “reconciliation,” which will require approval by only 50 senators, not the 60 needed to break a filibuster.

“The American people will now see the most robust injection into infrastructure in decades,” Senate Majority Chuck Schumer said moments before the legislation’s passage.

Elements of the larger bill Democrats want include Medicare expansion, free community college and child-care aid. An analysis by the D.C.-based Committee for a Responsible Federal Budget, has indicated that the true cost of the package Democrats hope to end up with could total over $5 trillion.