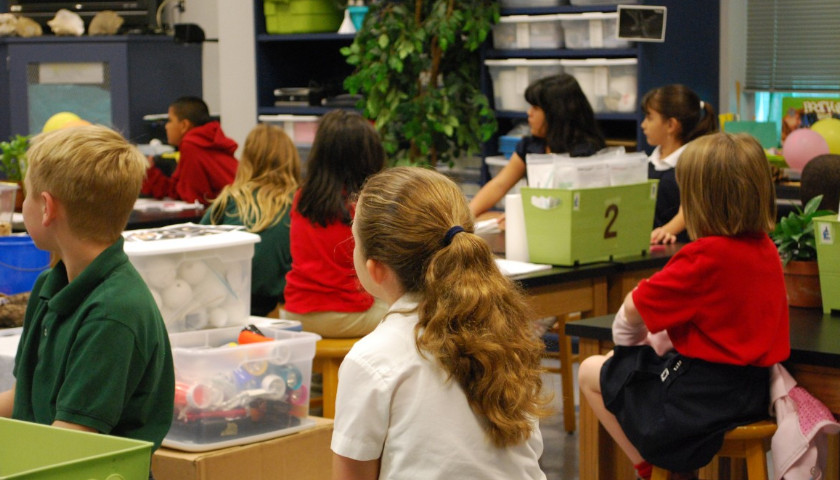 A trio of local grassroots groups have announced that they are co-hosting a free “Safeguard Our Schools” event this Saturday afternoon in Hendersonville and invite the public to come together to take a look at “our most important asset,” our schools.

As Tennessee students are returning to school this week with the backdrop of spiking COVID-19 cases prompting mask mandates in some districts, there are a number of issues to be addressed at the grassroots gathering. 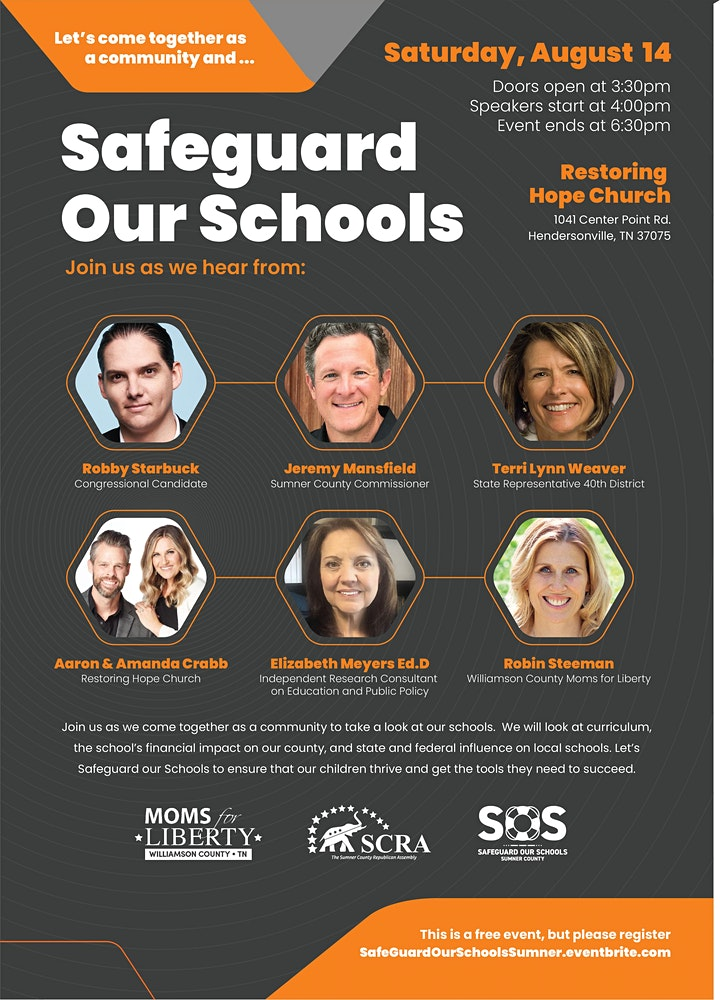 Topics of discussion at the Safeguard Our Schools event will include school curriculum, the financial impact of schools on Sumner County and the influence that state and federal government have on local schools.

Event organizer Joanna Daniels points out that through the ESSER (Elementary and Secondary School Emergency Relief) grants portion of the Coronavirus Aid, Relief, and Economic Security (CARES) Act, the federal government is pouring $1 million in to Sumner County Schools and that nearly $0.82 of every $1 in local taxes is allocated to schools.

Daniels assures that the event is not a political one, but promises to be informative and factual.

The goal of Safeguard our Schools is “to ensure that our children thrive and get the tools they need to succeed.”

There are six scheduled speakers for the event:

State Rep. Terri Lynn Weaver (R-Lancaster), who is the vice-chair of the House Education Instruction Committee and is one of three state representatives that cover Sumner County, has sponsored numerous bills with regard to education in the state.

U.S. Congressional candidate for Tennessee’s 5th District, Robby Starbuck, is of Cuban descent and includes education as one of his main campaign policy issues and describes Critical Race Theory as “a poison infecting our schools.”

Aaron and Amanda Crabb Head Pastors and Founders of Restoring Hope Church, where the event is being held.

Sumner County commissioner for the 11th District Jeremy Mansfield, winner of the 2021 Sumner County Main Street Award by The Hendersonville Standard, The Gallatin News, and The Portland Sun.

Robin Steeman of the Williamson County chapter of Moms for Liberty.

The event is co-sponsored by Moms for Liberty, the Sumner County Republican Assembly and Safeguard our Schools-Sumner County.

Moms for Liberty is a group “dedicated to the survival of America by unifying, educating and empowering parents to defend their parental rights at all levels of government,” according to its Facebook page.

Organizers say that parents of Sumner County students will also be speaking at the event.

The Safeguard Our Schools event will be held at the Restoring Hope Church, 1041 Center Point Road in Hendersonville from 4 p.m. to 6:30 p.m., Saturday, August 14, with doors opening at 3:30 p.m.

The event is free, but attendees need to register at safeguardourschoolssumner.eventbrite.com.

Laura Baigert is a senior reporter at The Star News Network, where she covers stories for The Tennessee Star, The Georgia Star News, The Ohio Star and The Arizona Sun Times.