Princeton Offers ‘#BlackLivesMatter’ Course with Readings by an Avowed Marxist 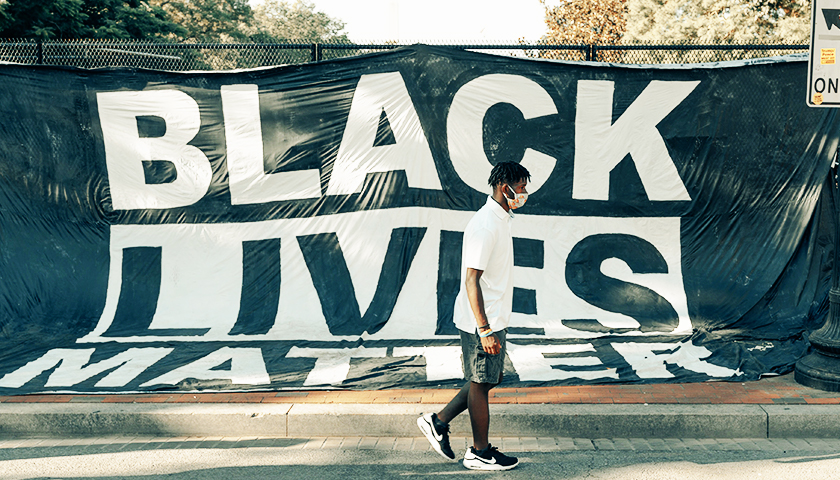 Princeton University students can learn about the growth of the Black Lives Matter movement — while reading from an avowed Marxist.

A Fall 2021 course, called “#BlackLivesMatter,” plans to discuss the important role the social movement has played in fighting against historical oppression of Black Americans.

“This seminar traces the historical roots and growth of the Black Lives Matter social movement in the United States and comparative global contexts,” the course description said.

Students will read “Freedom is a Constant Struggle” by Angela Davis, a former Black Panther whose weapons were used in the kidnapping of a federal judge. She was acquitted of a kidnapping charge. Davis is also the 1979 “Lenin Peace Prize” winner, granted to her by the Communist country of East Germany.

That may be one reason the course will align itself with a group dedicated to ending the “nuclear family structure.” The formal Black Lives Matter organization was also started by self-described Marxists.

The description says the course, like the BLM movement, is “committed to resisting, unveiling, and undoing histories of state sanctioned violence against Black and Brown bodies.”

The course will also offer “a critical examination of the prison industrial complex, police brutality, urban poverty, and white supremacy in the US.”

Professor Hanna Garth did not respond to two emailed requests for comment sent in the past two weeks. The College Fix asked her for a definition of white supremacy, to share what she hoped students would take from the class and a copy of the syllabus.

The Fix reached out to Patricia Lieb, a spokesperson for the department, but received an automatic email that said to contact Carol Zanca.

Zanca, an administrator for the anthropology department, did not return an emailed request for comment sent in the past week.

One book students might read could be Garth’s own book about “black food.”

Last October, Garth wrote a book titled “Black Food Matters: Racial Justice in the Wake of Food Justice” which gives an in-depth account of “Black food and the challenges it faces today.”

“For Black Americans, the food system is broken. When it comes to nutrition, Black consumers experience an unjust and inequitable distribution of resources,” a summary of the book said.

The book is a “comprehensive look at Black food culture and the various forms of violence that threaten the future of this cuisine, Black Food Matters centers Blackness in a field that has too often framed Black issues through a white-centric lens, offering new ways to think about access, privilege, equity, and justice,” the summary said.

She has previously taught courses on “Postcolonial and Decolonial Theory,” “Race and Racisms” and “Anthropological Perspectives on the Human Body,” according to her personal website.

Most recently, Professor Garth’s work has examined the connection between food systems, inequalities, and overall health.

She has “studied how food scarcity and reduced access to affordable food influence individual distress, and household and community dynamics.”

The professor has also “studied the ways in which food justice organizations attempt to improve access to healthy food for low income communities.”

College Fix contributor Christian Lubke is a student at Carthage College double majoring in political science and history. He is a contributor and editor for Lone Conservative and a Live Action Ambassador.
Appeared at and reprinted from TheCollegeFix.com