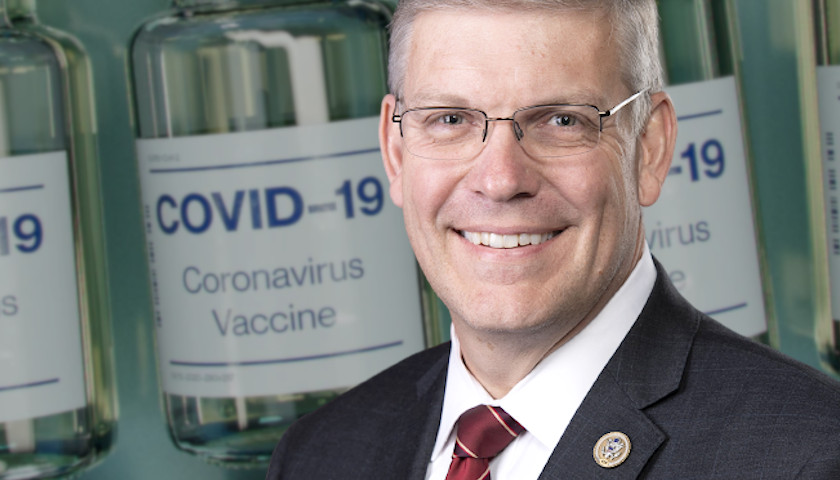 U.S. Rep. Barry Loudermilk (R-GA-11) said this weekend that forces within the Biden administration and other Democrats in Washington, D.C. want to force a COVID-19 vaccine upon all Americans.

“There are few things that remain very consistent, and one of those — and it is of grave concern to most of the people in our district, and I believe most of the people in America — is the attacks on our individual liberties. The one that is most prominent right now is the government trying to force a medical procedure, a vaccine, on every citizen,” Loudermilk said during a podcast Saturday.

“This is a growing concern to a lot of people.”

Loudermilk said anyone who wants the COVID-19 vaccine should get vaccinated — especially after consulting with a physician — but people who don’t want a vaccination shouldn’t get one.

“With liberty comes responsibility and personal responsibility. Part of the agreement for the emergency use authorization for this COVID vaccine is it can only be given in consultation with your personal physician,” Loudermilk said.

“It seems the administration has lost sight of that in that they are trying to mandate everyone to get the vaccine without even encouraging you to go to your physician and seek their advice. But I also believe that whether you have been vaccinated or not is nobody’s business but [for] you and your physician. No one should require you to declare whether you have been vaccinated or not.”

The CAGW has evaluated every congressional member’s voting record on how they voted on issues to eliminate waste, mismanagement, and inefficiency in government, and protecting hardworking taxpayers.

“One of the biggest problems with Congress is the growing belief that government can fix most any problem if we just throw enough money at it. I believe Americans are capable of fixing their own problems, if we can just get government out of their way,” Loudermilk told his constituents in a newsletter in May.

“Those of us in Congress have to remember that it is the hard-earned money of the American taxpayers we are spending, and every dollar that goes into a big government program is a dollar that was taken out of the wallet of a hardworking American. This is exactly how I approach every vote I make in Congress; and, I will continue to stand up for hardworking Americans and support policies that lower taxes and promote investment in job creation. Thank you, Citizens Against Government Waste, for this distinguished recognition, and for holding members of Congress accountable.”