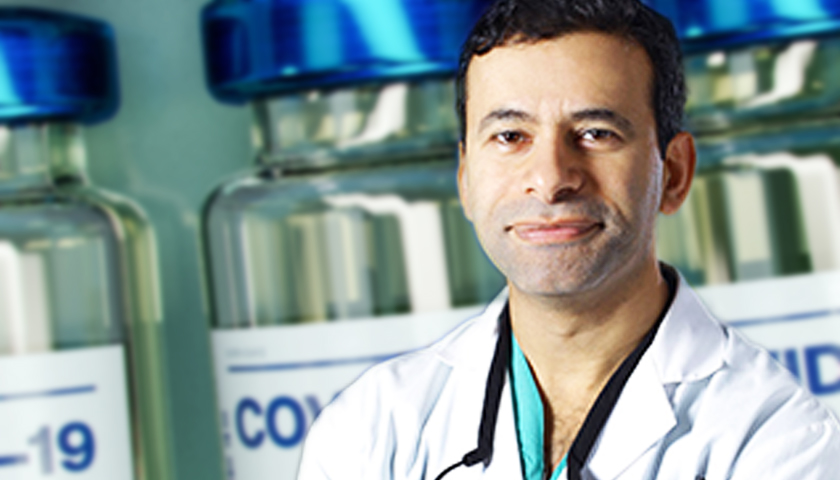 A doctor and professor with Johns Hopkins University said in a recent television appearance that, contrary to the official government narrative, those who actually catch the coronavirus and recover are approximately seven times more immune from future infections than those who receive a vaccine, as reported by the Daily Caller.

Dr. Marty Makary, during his interview on the Vince Coglianese Show, said studies have proven that “natural immunity is better against the Delta variant” than vaccines. “When you get infected with COVID, your body’s immune system develops antibodies to the entire surface of the virus. Not just the slight protein that the vaccines give you, but the entire surface. And so, you get a more diverse antibody portfolio in your system.”

Dr. Makary, who has appeared as a guest on Fox News, cited a study from Israel which proved that this natural immunity is at least 6.7 times more effective than the vaccine. He called it “one of the great failures of our medical leadership” that “the half of America with natural immunity” has been completely ignored when drafting up restriction guidelines and vaccination recommendations.

The professor followed up his interview with a statement on Twitter, declaring that “the pandemic of the unvaccinated is a misnomer. It’s a pandemic of the non-immune. More precisely, it’s a series of regional outbreaks in select pockets of the country with low population immunity.” Nevertheless, Makary said that “if you’re not immune, get immune by getting vaxed.”

Dr. Makary’s assertions appear to be backed up by the rise of so-called “breakthrough infections,” with thousands of coronavirus cases being confirmed in individuals who already received the vaccine to some degree. This trend debunks previous claims by Joe Biden, the Centers for Disease Control (CDC), and others who said that getting the vaccine would ultimately safeguard against any possible future infections with the virus. As it becomes more evident that the vaccines do not work as intended, the CDC has ordered a return to mask mandates for most Americans, including those who have already been vaccinated, as well as children in K-12 schools.