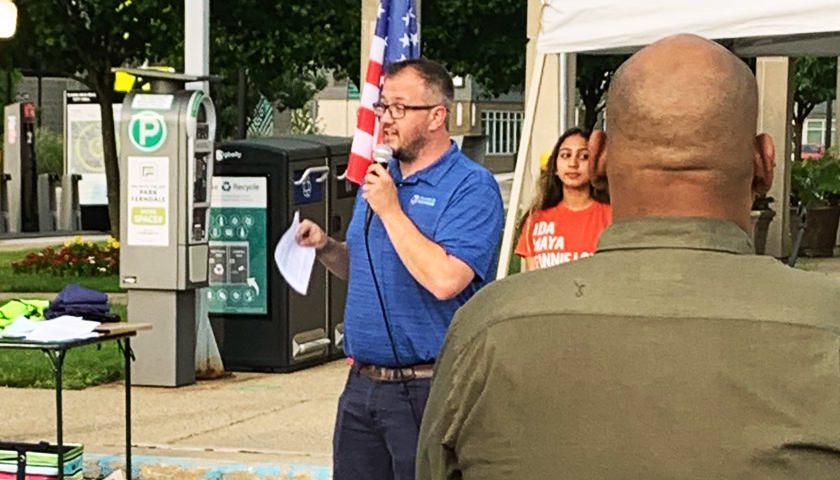 The We Vote Michigan Rally took place on Wednesday, where Michigan lawmakers said that the GOP voting bills are trying to “punish” seniors, young voters, and Black people. Progress Michigan, a progressive activist group who helped to sponsor the event, tweeted out that “Michigan is facing a number of attacks on voting rights.”

GRAND RAPIDS: Join @ProgressMich, @MichiganUnited, and MLCV at the Boston Soul Café tomorrow to discuss anti-voter legislation in Michigan and how we can fight to protect our voting rights. RSVP: https://t.co/1gKovAP8oL pic.twitter.com/x5YfdQrdfE

According to its website, the We Vote Michigan initiative is pushing back against “bills in the legislature and talks of ballot initiatives that would roll back our freedoms and specifically target Black, brown, low-income and rural voters.”

Some of the We Vote Michigan partners include Planned Parenthood, Interfaith Action, and Engage Michigan.

They call the voter bills a “nationally-coordinated attack” that “target” elections, referencing 39 bills that Michigan Senate Republicans introduced to the legislature. The We Vote Michigan website says the bills would “put deliberate barriers between Michiganders and their freedom to vote.”

Heritage Action, a national conservative organization that has over 21,000 activists in Michigan, stood in support of the voter ID bills. Executive Director Jessica Anderson said in a statement that over 80% of Michigan voters support the legislation. Anderson said that the goal of the provisions is to make it “easy to vote and hard to cheat in the state of Michigan.”

The Progress Michigan Twitter account sent out periodic updates throughout the August 4 rally against the bills. According to its tweets, Commissioner Robert S. Womack said, “This is about right and wrong. This is about justice. This is about the constitution. Democracy is being threatened.”

Womack went on to say that the voter ID bills are meant to “disenfranchise people.” Progress Michigan said Michigan had the “most secure election in state history,” citing that as a reason to oppose the election bills.

At the rally, another speaker, Richard Griffin, with Nation Outside, who helps to register incarcerated voters, reportedly said, “many of those folks have been denied their right to vote and he’s working to educate and inform.”

This rally in Grand Rapids is one of three rallies against voter ID bills taking place across the state, with two more occurring in Pontiac and Detroit.

Hayley Tschetter is a reporter with The Minnesota Sun | Star News Network. She graduated with a degree in Communications from the University of Northwestern-St. Paul. Send news tips to [email protected]
Photo “Lonnie Scott” by Progress Michigan.