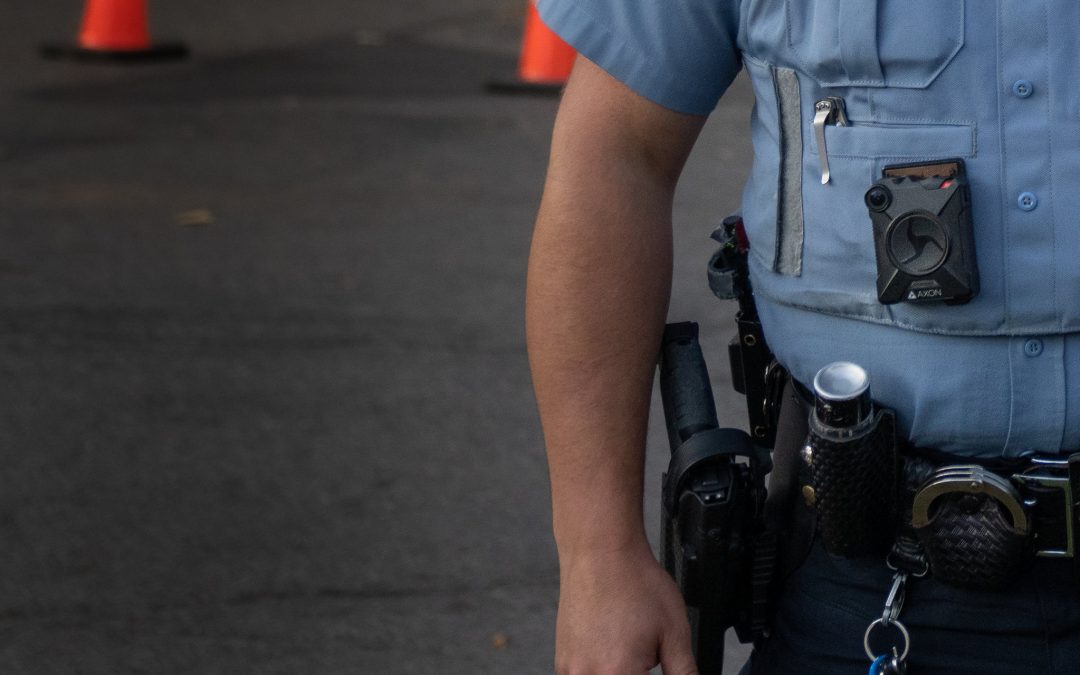 Approaching three days into the trial of Steven Wiggins for the 2018 shooting death of Dickson County, Tennessee Sergeant Daniel Baker, jurors were shown body camera footage of the sheriff deputy’s deadly encounter with the defendant.

Wiggins is charged with premeditated first-degree murder and other counts associated with Baker’s death. Investigators say Wiggins first shot Baker, drove his patrol car several miles, and incinerated the vehicle with Baker’s dead body inside it after driving away from the site where Baker tried to apprehend Wiggins for car theft.

The video shows the sergeant’s perspective as he walked to Wiggins who sat in his vehicle that was reported suspicious. After the suspect told the officer his door would not open, Baker walked around to the other side of the vehicle. Loud gunshots are then heard and Baker yells through his police radio, “Shots fired, officer down,” his final words before dying.

Jurors later heard a voice, alleged to be Wiggins impersonating Baker, telling sheriff’s headquarters that a suspect is in custody.

Also on Wednesday, jurors heard from Dr. Edmond Hadley, the physician who treated Wiggins for physical distresses after his arrest. Both the prosecution and the defense asked the doctor about what he could observe regarding the defendant’s psychological state. Mental incompetence is the sole basis being argued for Wiggins’s not-guilty plea, as the defendant acknowledges shooting Baker.

Hadley said that Wiggins’s speech was normal and not slurred and that he appeared in command of his motor skills.

“His thought content was normal and he was able to follow the conversation appropriately,” the physician said in response to questioning by the prosecution. “It wasn’t nonsensical speech and he had no apparent psychosis in that interaction.”

Though not a mental-health doctor himself, Hadley noted he had interacted with many psychiatrically ailing patients in the emergency room over the years and needed to refer many of them to psychiatric care. He said he has the authority to sign off on involuntary commitment for patients whose conditions require that kind of supervision.

Hadley said Wiggins’s physical problems after his arrest were a fast heart rate, tremors, some muscle breakdown, and mild hypothermia (i.e., a body-core temperature of lower than 95 degrees Fahrenheit). The suspect was given a dose of anti-seizure medicine as a precaution for the tremors, warmed with a “bear hugger” to rectify the hypothermia, and given intravenous fluids to correct the muscle breakdown.

The doctor said Wiggins’s physical issues weren’t out of the ordinary for someone who had been on the run for a few days without much to eat and exposed to the elements.

Defense attorney Luke Evans asked Hadley about the defendant shaking in bed and being put on anti-seizure medication. He asked the physician if Wiggins’s return to what Hadley called “stable” condition meant Wiggins was entirely well.

“It doesn’t mean [the patient is] 100-percent,” Hadley answered.

Jurors also heard from Brian Hudnall, an acquaintance of Wiggins who is currently on probation for drug use. Hudnall testified that, while in prison, he passed along information to jail staff. He said, having seen the news that Baker had been killed, he revealed a conversation he had with Wiggins prior to Baker’s killing.

Hudnall said he observed Wiggins’s pistol and cautioned him about carrying it around. “If anybody tries to arrest me,” Hudnall said Wiggins replied, “I’m gonna smoke their ass.”

Wiggins may receive the death penalty if convicted.

Bradley Vasoli is a reporter at The Tennessee Star and The Star News Network. Follow Brad on Twitter at @BVasoli. Email tips to bradvasoliwriter@gmail.com.
Photo “Police Body Cam” by Tony Webster (CC BY-SA 2.0).