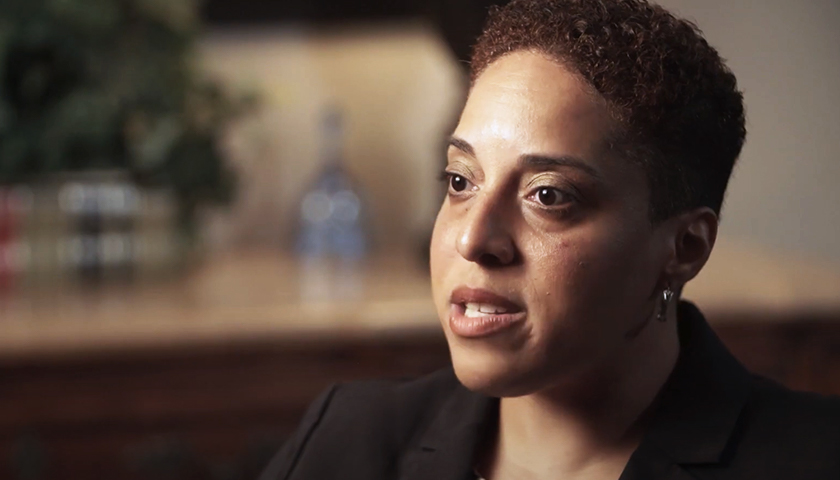 As violent crime increases in St. Louis, residents’ outrage towards Circuit Attorney Kim Gardner appears to be growing as well.

Gardner, who assumed office at the beginning of 2017 on a progressive platform, is St. Louis’ top prosecutor. But she has taken an extremely lax approach to actually prosecuting violent criminals, angering residents and victims’ family members.

Since taking assuming her role Gardner’s office has dismissed 30% of felony convictions, over double what it was before she started, the St. Louis Post-Dispatch reported last week. Last year, her office dismissed 36% of all felony cases, a new high.

Her office has also shown a seeming sense of incompetency, resulting in even more felony cases being thrown out.

Earlier this month a St. Louis judge was forced to drop murder charges against an accused killer after a prosecutor from Gardner’s office missed court hearing in May, June and July, according to local outlet Fox 2 Now, which reported that the prosecutor was on maternity leave. The charges were dropped as two other cases were also thrown out due to unprepared or absent prosecutors.

“Clearly there is a problem with her internal management system that needs a quick fix, someway, somehow,” Fox 2’s legal expert, Chet Pleban, said. “But it is inexcusable that you would have three continuances, three times that she doesn’t show up for a murder case.”

While Gardner has said that she plans to refile charges against Brandon Campbell, the accused killer, the victim’s family disparaged her after no prosecutor showed.

“Why was it so hard to pick up the phone to call to let us know what was going on?” Cierra Moore, victim Randy Moore’s oldest sister, told local outlet NBC5. “Kim Gardner is a sorry excuse for a prosecutor.”

St. Louis, like many cities across the country, has seen an uptick in violence throughout 2020 and 2021. The city has seen 92 homicides so far this year, according to statistics from the St. Louis Police Department, putting it on pace to match annual totals for the past five years.

According to 2019 data from the FBI ­— the most recent data available — St. Louis has the highest murder rate in the country.

Numbers were highest in June of 2020 following the murder of George Floyd, when the city recorded 31 murders — just over one per day. The city was plagued with rioting and looting as well, much of which went unprosecuted.

Missouri’s attorney general likened the riots to a “war zone” after Gardner released many of those arrested within a day. “Law enforcement officers risk their lives to go out and make these arrests only to find out that the circuit attorney is allowing every single one of them back on the street within 24 hours,” Attorney General Eric Schmitt told the Daily Caller last June.

The riots also led to the fatal shooting of retired police captain David Dorn as he defended a store from looters, and the shootings of four other officers.

Gardner’s office did not respond to multiple requests for comment and questions asking whether she believed that he policies had contributed to the city’s high crime rate.