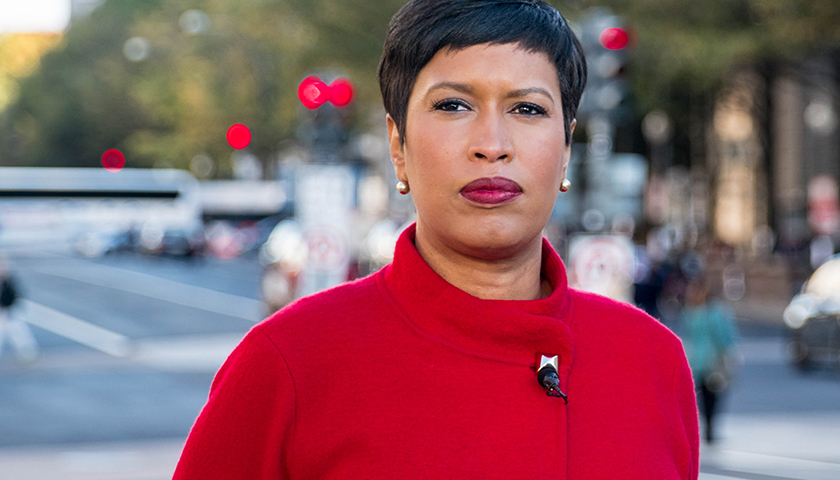 The Washington Examiner first reported late Saturday that the mayor had officiated a wedding attended by “hundreds of unmasked guests” at 5-star Adams Morgan hotel, The Line DC.

The Examiner included a photograph of the mayor seated at a table maskless, noting that she “did not wear a mask despite not actively eating or drinking.” Several other guests in the picture are also not wearing masks.

Bowser’s office, which has not responded to repeated requests for comment from the Daily Caller News Foundation, denied to Fox 5 DC that the mayor violated her own mask mandate, saying that she “wore a mask indoors in compliance with the mandate.”

“The Mayor wore a mask indoors in compliance with the mandate, and the organizers and venue staff worked to create a safe environment for the staff and guests,” Bowser’s office said in a statement. “The Friday, July 30th evening event called into question by conservative media was outdoors, on a rooftop.”

Bowser’s office also did not address the photograph published by the Examiner showing her maskless.

The mayor had announced Thursday that she was reinstating DC’s indoor mask mandate beginning Saturday, citing concerns regarding the Delta variant.

“Given the trends in cases that we see, we want to get ahead of it, nip it in the bud,” Bowser said Thursday. “We know masks can be very effective in doing that.”

This is not the first time that Bowser has been caught breaking coronavirus rules she asked citizens to follow. The D.C. mayor traveled to President Joe Biden’s early November victory speech in “high risk” Delaware despite the D.C. health department travel requirements.

She later excused the trip by saying it was essential travel exempt under D.C.’s restrictions.